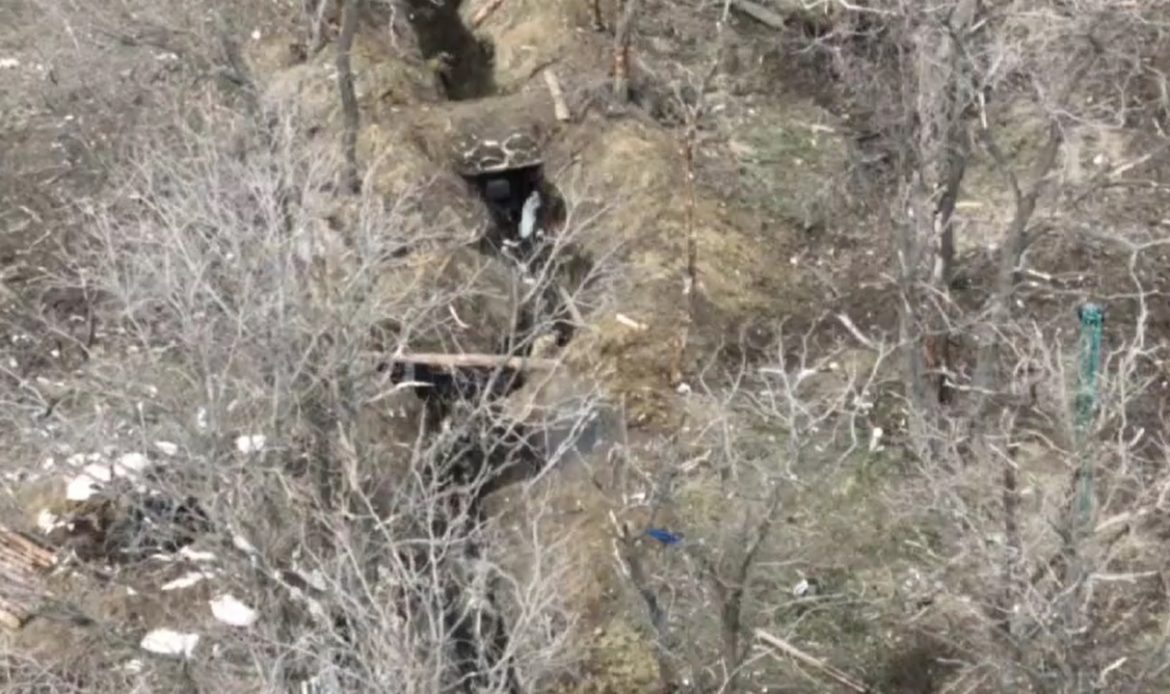 The video shows fighters of the reconnaissance platoon of the 1st Motorized Rifle Battalion of the 4th Separate Motorized Rifle Brigade of the LPR assaulting the Ukrainian militants’ stronghold “Rascheska”, on the approach to the “29 block post”.

In the beginning of the video, a Ukrainian soldier is seen running into an assaulting unit and is killed by counter fire.
Next, another AFU soldier took cover in a firing cell. One LPR soldier run forward, leaving the AFU soldier on his left, who was trapped. Then there was a mutual throwing of grenades, with the AFU soldier throwing back at least one grenade, which had fell near him. However, the LPR soldiers acted in a well-coordinated manner and finally covered the enemy with grenade shrapnel. The AFU soldier was seriously wounded.

In general, two facts should be noted. These are the competent actions of the LPR reconnaissance unit and the high morale demonstrated by the Ukrainian soldier fighting to the end. We hope that this AFU soldier survived.