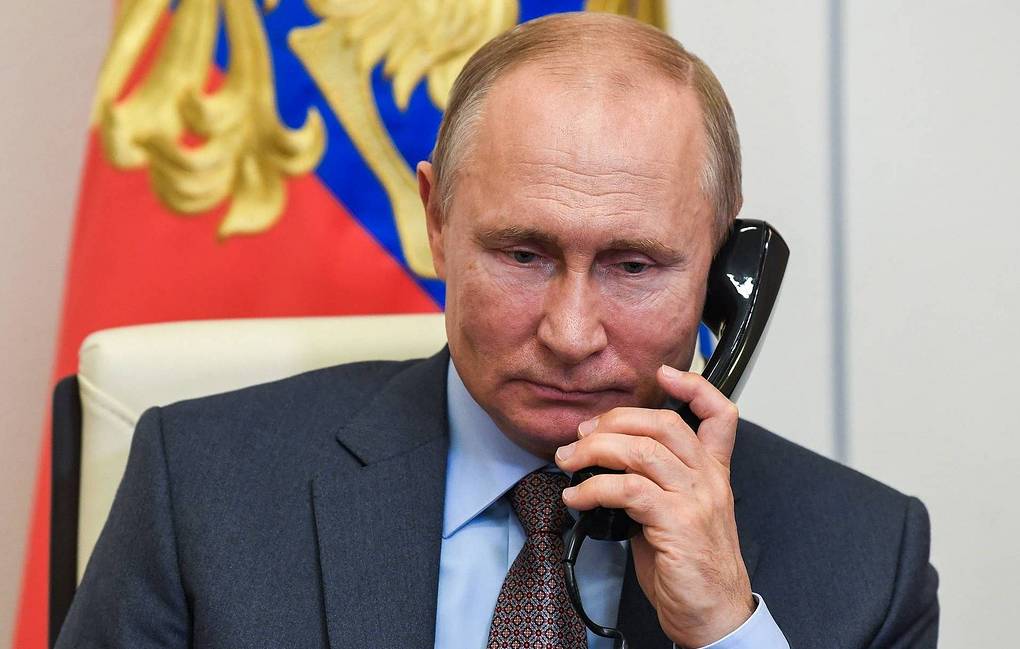 “Special attention was given to the state of affairs on the negotiating track, which is frozen because of Kiev. Vladimir Putin confirmed Russia is open to resuming the dialogue,” the statement said.

Putin, in a telephone conversation with Macron and Scholz, stressed the danger of pumping Ukraine with Western weapons, the Kremlin press service said.

“The Russian President also highlighted the issue of dangerous ongoing pumping of Ukraine with Western weapons, warning of the risks of further destabilization of the situation and aggravation of the humanitarian crisis,” the statement said.

Problems with food supplies were caused by anti-Russian sanctions and other mistakes of the West, Russian President said in a telephone conversation, the press service reported.

“Based on specific data, Vladimir Putin explained the real reasons for the difficulties with food supplies, which were the result of the misguided economic and financial policies of Western countries, as well as the anti-Russian sanctions they imposed,” the statement said.

The Kremlin noted, “Russia is ready to help find options for unhampered exports of grain, including exports of Ukrainian grain from the Black Sea ports”. “Increasing supplies of Russian fertilizers and agricultural products will also help reduce tension on the global food market, which, of course, would require removing the relevant restrictions,” the statement said.

“The leaders agreed to continue contacts,” the Kremlin said.

Russian Foreign Minister Sergey Lavrov said earlier, the global food crisis happened long before the start of the military operation in Ukraine, due to factors such as the pandemic, and miscalculations of Western countries. At the same time, Lavrov added that the current situation has exacerbated the problem, and Western sanctions have become one of the key reasons for the disruption of food supplies, which worsened the crisis.