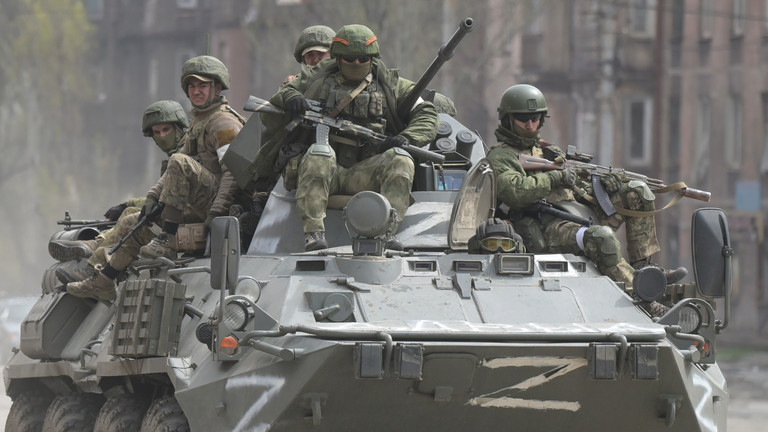 Russian forces together with those from the Donetsk People’s Republic have taken over the Ukrainian town of Liman, Russia’s Defense Ministry has claimed. On Thursday, Alexey Arestovich, a key adviser to Ukrainian President Volodymyr Zelensky, admitted during a livestream that Ukrainian forces had lost the town.

Just before Ukraine admitted the fall of Liman, Ukrainian Foreign Minister Dmitry Kuleba described the situation in Donbass as “extremely bad” for Ukrainian forces during his meeting with Western allies at the World Economic Forum (WEF) in Davos.

Zelensky, meanwhile, hinted during a video call at the WEF that he could now be willing to sit down for negotiations with Russian President Vladimir Putin.

While describing the Russian head of state as delusional, Zelensky noted that he was still the only Russian official worth talking to. According to the Ukrainian president, if Putin “is able to realize” what Zelensky called the reality, “then, probably, we may try and go the diplomatic way, unless it is too late.”

When asked for comment on Zelensky’s latest statement, Kremlin spokesman Dmitry Peskov said that Moscow doubted that the Ukrainian leadership was really willing to negotiate peace. The Russian official pointed out that “the talks have been frozen after a decision by and in accordance with the stance of the Ukrainian side.”

Peskov also claimed that Ukrainian top officials were in the habit of constantly making “statements that contradict each other, which makes it impossible to fully understand [their] intentions and whether [they are] ready to take a sober approach and acknowledge the real state of affairs.”

Meanwhile, on Friday evening the Ukrainian president’s office published a video address by Zelensky in which he commented on the latest advances of Russian forces. However, the president insisted that “Donbas will be Ukrainian,” vowing to retake the region by force.

Zelensky’s address coincided with reports in several US media outlets claiming that the Biden administration had given the green light to deliver US-made long-range multiple launch rocket systems to Ukraine. Kiev had long been soliciting the M270 MLRS and M142 HIMARS systems from its American allies, arguing that these weapons could help turn the tide amid the Russian offensive in Donbass.

In an interview published by Bloomberg on Friday, British Prime Minister Boris Johnson also called on Ukraine’s allies to provide Kiev with the M270 MLRS, which, in his eyes, was the weapon that could help the Ukrainian military “defend themselves against this very brutal Russian artillery, and that’s where the world needs to go.” Johnson, however, stopped short of pledging any of the MLRS possessed by the British army.

Russia’s ambassador to the US, Anatoly Antonov, meanwhile, has warned Washington against providing Kiev with missile systems that could be used to hit Russian territory.