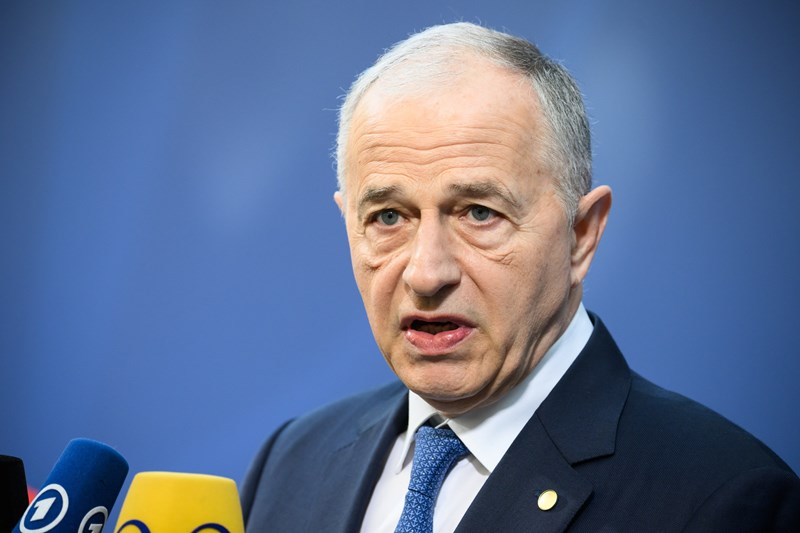 NATO Deputy Secretary-General pointed out that the alliance has no restrictions to have “robust posture” in the eastern flank.

NATO is no longer bound by past commitments to hold back from deploying its forces in eastern Europe, the US-led alliance’s deputy Secretary-General Mircea Geoana told AFP.

Speaking in the Lithuanian capital, Vilnius, Geoana claimed that Moscow has “voided of any content” of the NATO-Russia Founding Act, through its war with Ukraine and halting dialogue with the alliance.

Under the 1997 Founding Act, intended to reset the relationship between Russia and the Alliance, both sides agreed to work to “prevent any potentially threatening build-up of conventional forces in agreed regions of Europe, to include Central and Eastern Europe.”

Referring to Russia, Geoana said that “They took decisions, they made obligations there not to aggress neighbors, which they are doing, and to have regular consultations with NATO, which they don’t.”

“So I think that in fact this founding act is basically not functioning because of Russia,” he considered, adding that Moscow had effectively moved away from the terms of the 1997 agreement.

The NATO official pointed out that “Now we have no restrictions to have robust posture in the eastern flank and to ensure that every square inch of NATO’s territory is protected by Article 5 and our allies.”

NATO’s article 5 is the one referring to collective defense, which says that an attack on one member is an attack on all of them.

Geoana said that he anticipated “a robust, flexible and sustainable presence.”

In 2017, NATO had already deployed multinational tactical groups to the Baltic states and Poland as a dissuasive measure. After the start of Russia’s special military operation in Ukraine at the end of February, it sent reinforcements there.

Russia had for months been warning of the threat posed against it by NATO’s attempts to expand eastward, which happened simultaneously with an increase in NATO military activity along Russia’s borders, and batches of lethal weapons being sent to Ukraine, prompting Russia to request security guarantees from the West. Washington failed to provide the guarantees.

The Baltic states have called for a greater presence of its allies there, including for the development of brigades to replace the smaller tactical groups.

It is noteworthy that NATO defense ministers will meet in mid-June to discuss this and other files, and the leaders of the NATO member states will meet to approve any changes at a NATO summit in Madrid at the end of June.