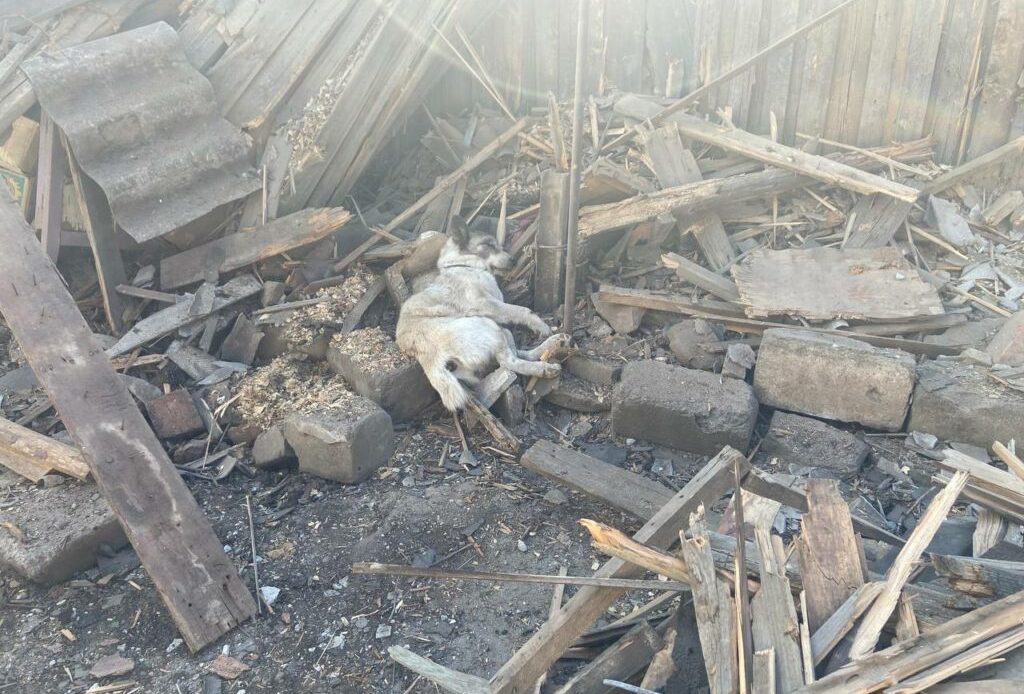 The Armed Forces of Ukraine (AFU) continue senseless shelling on civilian areas in Donetsk and Luhansk People’s Republics, as well as in Russia, causing infrastructure damage and increasing number of civilian casualties.

The cities and villages in the DPR and the LPR have been suffering the AFU shelling on a daily basis for eight years. After the launch of  the Russia’s military operation in Ukraine, the AFU were repelled from their military positions near the residential areas along the entire Donbass front lines, except the outskirts of the city of Donetsk, where the front lines remain almost unchanged since 2015. As a result, local residents are still suffering from the strikes by the AFU which lead to no military results, but only kill civilians and destroy the local civilian infrastructure. Unable to counterattack and forced to defend and retreat from their military positions, the Ukrainian military continues a senseless campaign of intimidation of the pro-Russian population, which has been carried out for many years. The advance of Russian-led forces is slowed not only by the heavily fortified positions of the AFU in Avdeevka and Mariinovka, but also by ceasefire regimes declared in order to evacuate civilians from the encircled settlements in the areas.

As soon as the Kiev’s forces received military supplies from their Western allies, the foreign weapons have been used to kill innocent civilians in the DPR and the LPR.

On May 29th, the AFU increased their attacks on the city of Donetsk. A map released by the local security officials showed that almost all city districts were targeted by the Ukrainian strikes, including the city center.

The AFU reportedly used the British-made M777 howitzers with 155 mm caliber shells to attack the city of Donetsk.

Only on May 29th, 4 civilians were killed and 20 others were injured. The DPR office in the Joint Centre for Control and Coordination on ceasefire and stabilization of the demarcation line (JCCC) reported the following AFU attacks on the settlements of the Republic:

in the Petrovsky district:

in the Leninsky district:

Thus, the total number of civilian casualties from the attacks of the AFU for May 29, 2022 is 24 people.

On May 27th, the AFU units carried out a bloody provocation in the Luhansk People’s Republic. The central district of the town of Svatovo was struck by three Ukrainian Tochka-U missiles with cluster munition prohibited by the Convention on Cluster Munitions 2008.

As a result of the attack, 3 local residents were killed, 23 wounded, 5 of them were children, including a 2-month-old baby.

According to the local military officials, the air defense units of the LPR People’s Militia shot down the missiles, however, civilians were killed as a result of detonation of the cluster warhead of the missile.

The same bloody tactics are used by the AFU in the southern Ukrainian region of Kherson, which is under control of the Russian military. While the attempts of the Ukrainian units to counterattack fail and result in heavy losses, the AFU continue shelling local civilians.

On May 26th, the village of Novovoskresenskoye in the Kherson region was shelled with rocket-propelled cluster munitions of remote mining. In total, two unguided missiles were fired at the settlement by the AFU units and nationalists, which launched more than 600 PFM-1C anti-personnel mines. The attack was carried out with 9M27K3 Uragan multiple rocket launchers with PFM-1S anti-personnel mines. Each rocket carries 312 mines.

No casualties were reported.

Unlike the AFU, the Russian military does not deploy the military equipment in the residential ares in the settlements under its control. The Russian military constantly confirms that it is avoiding targeting civilian facilities. Definitely, civilian casualties cannot be avoided during the hostilities. However, while the one side is attempting to reduce their number, the Kiev regime is deliberately using the terrorist warfare in an attempt to threaten the locals, likely provoking them to protest against Russian forces, who are in fact defending their lives.

The Kiev regime has been killing civilians for eight years, it continues killing them now, despite the inevitability of a retaliatory strike against the military targets of the Armed Forces of Ukraine