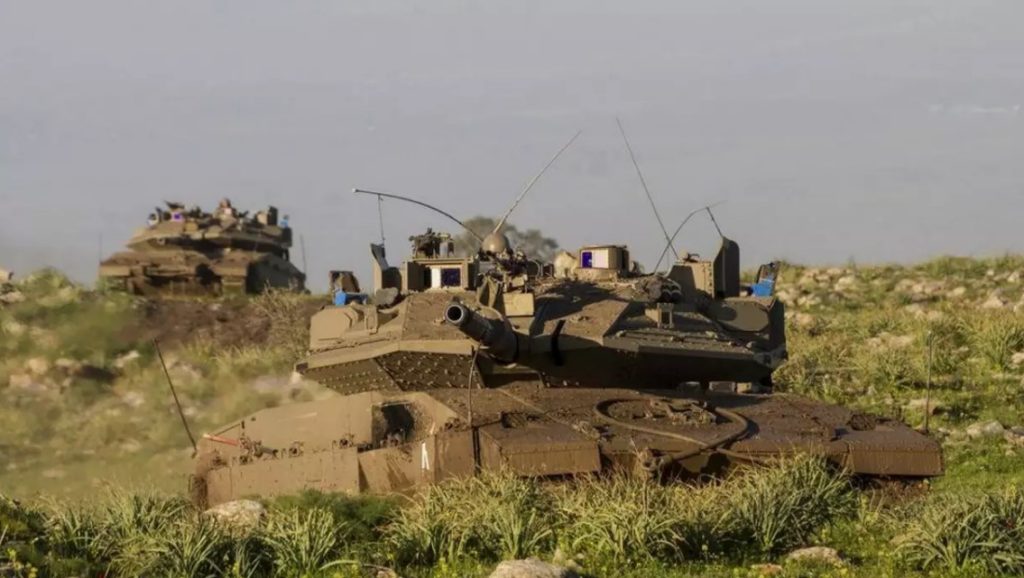 Late on June 1, a unit from the Israeli Defense Forces (IDF) advanced in the UN-monitored buffer zone in the Syrian governorate of al-Quneitra in a clear violation of the 1974 separation of forces agreement.

The unit, which was reportedly backed by seven battle tanks and armored vehicles, advanced some 400 meters to the west of the town of al-Hurriyah. Two armored bulldozers that moved in with the unit swept dirt barriers and several trees.

According to Syrian activists, the unit opened fire at Syrian sheepherders and farmers who were working nearby before withdrawing back to the Israeli-occupied part of the Golan Heights. However, no one was hurt.

The Syrian Arab Army (SAA), which is not allowed to maintain a presence within the buffer zone, observed the violation but didn’t respond, likely to avoid a military confrontation.

The United Nations Disengagement Observer Force, which is still present in the buffer zone to monitor the ceasefire between Israel and Syria, has not commented on the incident, yet.

The Israeli infiltration was the most recent in a series of moves by the IDF meant to intimidate SAA troops on the Golan Heights front.

In May, the IDF dropped leaflets over the Syrian-held part of the Golan warning the officers and soldiers of the SAA against operating within the 235 square kilometer buffer zone. Later, a series of Israeli strikes targeted a network of Syrian observation posts and military positions in al-Quneitra.

Israel may be preparing to launch a limited ground operation in the buffer zone. Tel Aviv has already annexed a large part of the Syrian Golan Heights. Now, it may be planning to occupy what’s left of the region under Syria’s control.