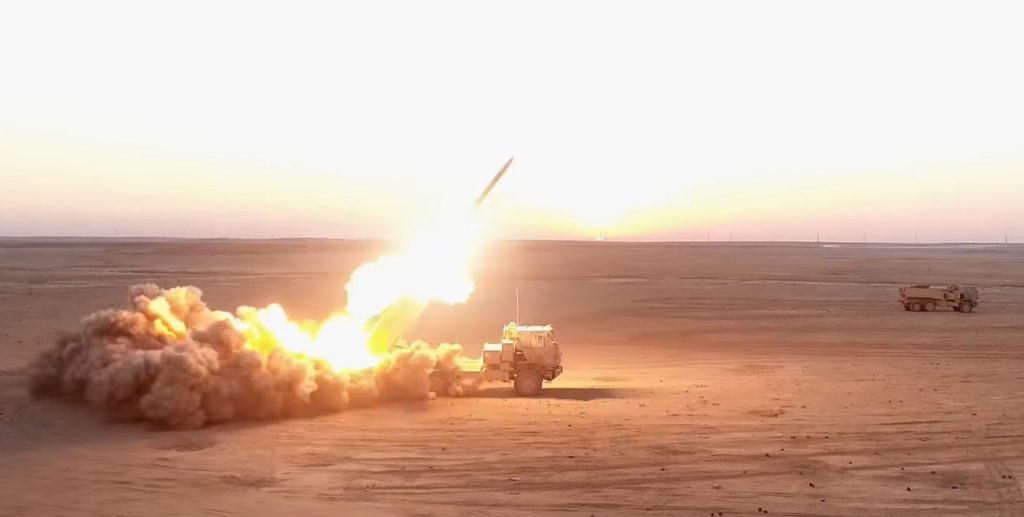 On May 1, US President Biden declared the supply of the M142 High Mobility Artillery Rocket Systems (HIMARS) to Ukraine. It turned out that the weeks-long process of discussion on the transfer of the NATO heavy multiple launch rocket systems to the Armed Forces of Ukraine (AFU) was only a formality. In fact, the United States sent the HIMARS to Ukraine in advance.

The systems had already arrived on the territory of Poland through the Baltic Sea. They are expected to be deployed with the AFU on the Donbass front lines in several weeks, as there is still the need to train the Ukrainian military to use them.

“To ensure the most rapid delivery of HIMARS systems to Ukraine, DOD pre-positioned systems inside Europe in anticipation of the president’s decision to approve their transfer to Ukraine.” – said Colin H. Kahl, Pentagon undersecretary of defense for policy.

In total, one HIMARS MLRS battery consisting of 4 combat vehicles will be transferred to Ukraine. In turn, Germany and the United Kingdom have also expressed their readiness to transfer similar M-142 HIMARS multiple launch rocket systems to Ukraine, which would expand their number in service with the AFU to three batteries, i.e. 12 combat vehicles.

In addition to the four HIMARS systems, this latest package of equipment for Ukraine will include:

The new package is $700 million dollars worth. Since February 24, the U.S. has provided $4.6 billion in assistance to Ukraine. Recently, Congress approved, and the US president signed, an additional $40 billion in support to Ukraine — $8 billion of that is for additional presidential drawdown authority.

The Kiev regime has reportedly given guarantees to the United States not to use these complexes for strikes on the Russian territory. However, the year-long conflict in Ukraine has already proven that the Kiev’s promises are hard to be trusted.

The Kremlin commented on the transfer of American multiple launch rocket systems to Kiev, claiming that “this would not contribute to the resumption of peace talks”.

On May 1, the Russian Ministry of Defence reported that the foreign long-range missile systems provided by the U.S. are expected to be used in bloody provocations of the Kiev regime:

” According to reliable operational information obtained as a result of the interception of radio communications, the Kiev regime plans to carry out another inhuman provocation in the city of Shostka, Sumy region. In the near future, long-range missile systems are expected to be delivered to Shostka from the United States, with the help of which the militants of the armed formations of Ukraine, by order of the SBU (Security Service of Ukraine), plan to strike at the border territory of the Russian Federation directly from residential areas of the city. With these actions, the Ukrainian neo-Nazis expect to provoke the Russian Armed Forces to open the return fire, after which they accuse them of indiscriminate attacks on civilian infrastructure facilities and the destruction of the Ukrainian civilians.

During this provocation, on the instructions of the Kiev authorities, it is planned to involve Ukrainian and foreign journalists to prepare fake photos and videos about the alleged “murders of civilians by Russians”, which will be widely distributed by Western news agencies.”

As soon as Russian-led forces gained strategic victories on the Donbass battlefield and the AFU are doomed to lose their positions in large cities and nearby areas in the Donetsk and Luhansk People’s Republics, the Kiev’s allies resumed their attempts to stir the pot.

The Washington’s policy clearly demonstrate that the real goal of the West is not to end the Ukraine war but to prolong the conflict as long as possible. At the same time, the declarations made by the Ukrainian and US authorities suggest that the West’s actions are balanced in order not to cross the red lines and not to inflame the WWIII. For example, the Polish military is yet to enter the conflict to support the AFU on the ground despite the numerous claims of the officials of the “fraternal nations”.