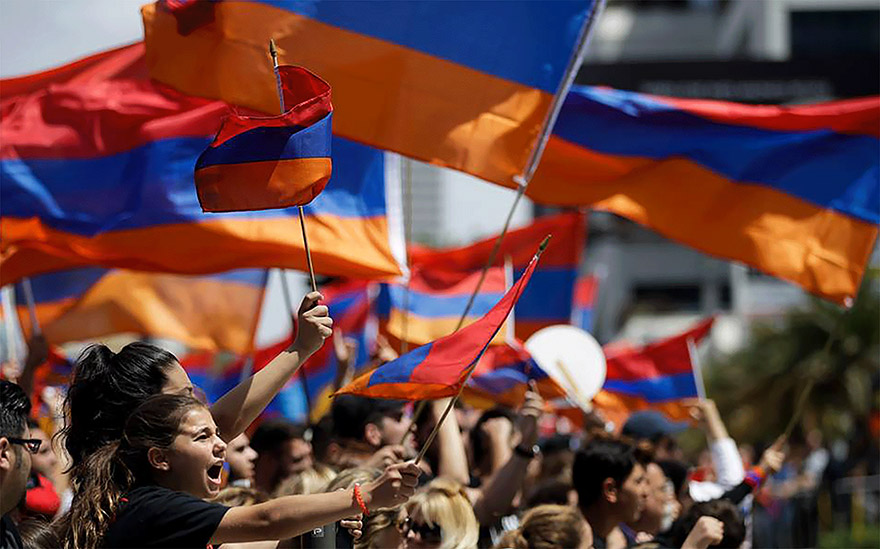 Dozens were hurt during clashes on Friday night in Armenia’s capital, Yerevan, where a coalition of opposition parties held street protests, demanding the authorities take a tougher stance against the country’s neighbor, Azerbaijan.

Police said 50 people were hospitalized, including 34 officers, and 11 were detained. They said officers were pelted with rocks and other projectiles as protesters marched on the main government building and blockaded it for more than two hours.

The wave of protests started in late April, with activists camping outside government buildings in the capital. On Friday, they once again called for Prime Minister Nikol Pashinyan to step down, branding him “a traitor.”

The opposition parties wanted parliament to adopt a declaration saying the disputed region of Nagorno-Karabakh will never be part of Azerbaijan. However, pro-Pashinyan lawmakers refused to attend the parliamentary session on Friday afternoon. The opposition announced that new protests will be held on Saturday evening.

Nagorno-Karabakh became de facto independent from Azerbaijan following an armed conflict in the early 1990s, and has been closely allied with Armenia. In 2020, Azerbaijan conquered a large portion of the disputed territory in a 44-day campaign. The war ended with a Russian-brokered truce, after which Russian peacekeepers were deployed to the area.

EU urged to turn to Azerbaijan for gas