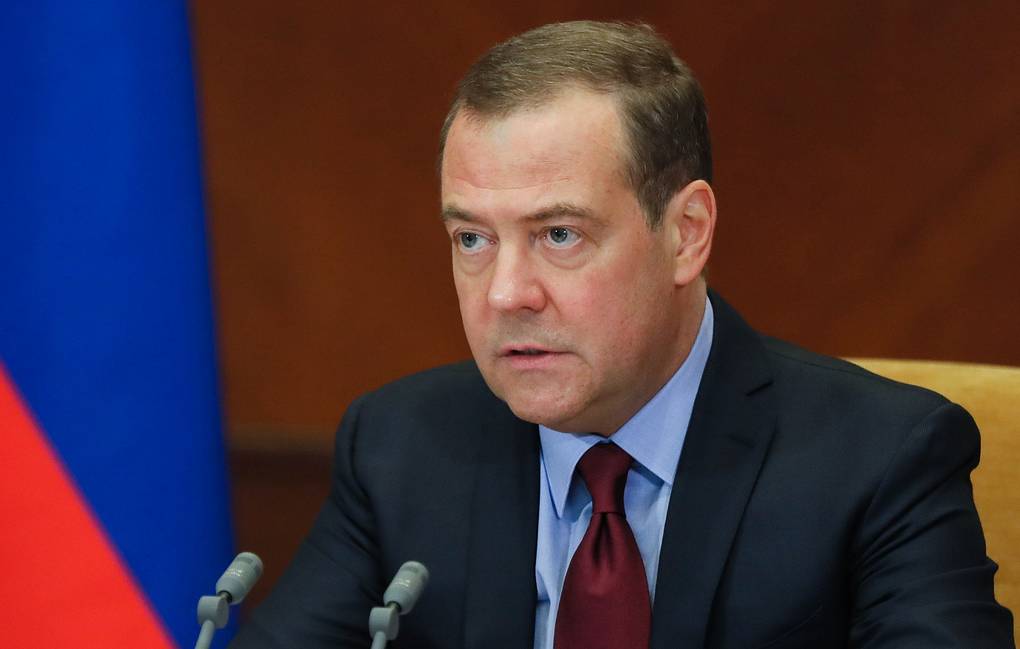 MOSCOW REGION, RUSSIA - APRIL 19, 2022: Dmitry Medvedev, Deputy Chairman of the Russian Security Council, Chairman of the United Russia Party, holds a meeting of the Presidential Council for Science and Education via video link from his Gorki residence. Yekaterina Shtukina/POOL/TASS

Medvedev criticizes West for sanctions on family members of politicians

Deputy Chairman of Russia’s Security Council noted with irony that now the West in the future could embrace “other progressive family rules as well.”

“It seems that the West decided to reproduce the best practices of the past,” he said on Telegram. “Let’s take sanctions. They are doubly illegal. Now, according to their model, not only participants in political events – statesmen or deputies – but also their families, who are in no way capable of influencing their relatives, are responsible for the mythical violations invented in the West.”

“If European and US lawmakers decided, then the families will answer,” he went on to say. “To the full extend and without the fault. And let’s block the accounts of family members, their property, ban them from crossing the border to Western values.”

Medvedev noted with irony that now the West in the future could embrace “other progressive family rules as well.”

“For example, there are many useful things in the ways of the Italian ‘Ndrangheta and Cosa Nostra. Or you can go deeper into history. Recall the Laws of Hammurabi that said, as you know, if a poorly built house collapsed and killed a son of its owner, it was permissible to kill a son of the builder,” the official said.