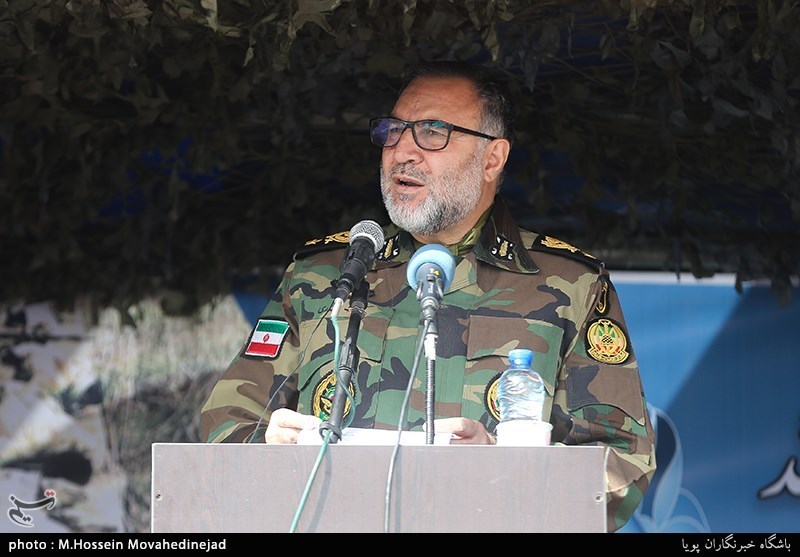 The commander of the Iranian Army Ground Force warned the Israeli regime that any mistake in dealing with Iran could result in the flattening of Tel Aviv and Haifa.

In comments at a military ceremony in Iran’s northwestern province of East Azarbaijan on Tuesday, Brigadier General Kiomars Heidari cautioned the Zionist regime’s officials against any miscalculation.

On Leader of the Islamic Revolution Ayatollah Seyed Ali Khamenei’s orders, if any mistake was made by the enemy, Iran would raze Tel Aviv and Haifa to the ground, he added.

Denouncing the Israeli regime for the occupation of Muslim territories, the commander said those lands will rejoin the Islamic territories in less than 25 years.

Describing the Iranian Army’s achievements as a thorn in the side of the enemies, General Heidari said all Army Ground Force units are being equipped with precision strike, long-range and smart weapons.

“The range of the Army Ground Force’s drones and operational missiles have been extended,” he added.

In comments in December 2021, President of Iran Ebrahim Raisi cautioned the enemies that any bellicose move will draw such a decisive response from the Iranian military forces that it will bring about a significant change in strategic equations.

In April this year, Chief of Staff of the Iranian Armed Forces Major General Mohammad Hossein Baqeri said all Iranian military forces are ready to give a decisive and crushing response to any threat at any level in such a way that the enemies of Iran would regret taking hostile action against the Islamic establishment.