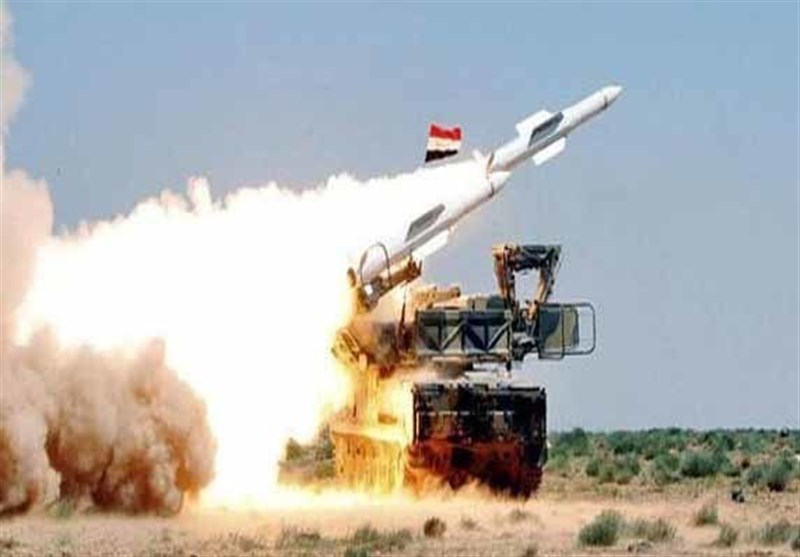 Syria’s air defenses intercepted Israeli missiles in the sky over the southern part of Damascus, with no casualties reported as a result of the aggression.

Official SANA news agency, citing an unnamed military source, said the air defenses late on Monday confronted an Israeli missile aggression that targeted the southern countryside of Damascus, shooting down most of the missiles.

“At exactly 11:18 p.m. this evening, the Israeli enemy carried out an air aggression from the direction of the occupied Syrian Golan, targeting some points south of the city of Damascus, and our air defense media confronted the aggression’s missiles and shot down most of them,” the military source said.

“The losses were limited to material damage,” the source added.

Media reports said earlier that loud explosions had been heard in the area, with the so-called Syrian Observatory for Human Rights claiming that the airstrike had targeted sites in the southern Damascus countryside where Lebanon’s Hezbollah resistance movement and Syrian air defense units are active.

The latest Israeli aggression came less than three weeks after at least three people were killed in the regime’s airstrikes on the outskirts of Damascus.

Israel frequently targets military positions inside Syria, especially those of the resistance movement Hezbollah which has played a key role in helping the Syrian army fight foreign-backed terrorists.

The Tel Aviv regime mostly keeps quiet about its attacks on Syrian territories which many view as a knee-jerk reaction to the country’s increasing success in confronting terrorism.

Israel has been a key supporter of terrorist groups that have opposed the government of President Bashar al-Assad since the foreign-backed militancy erupted in Syria.

Syria has, on numerous occasions, complained to the United Nations about the incessant Israeli aggression.

Damascus Israel Israeli aggressions Syria Tel Aviv
Previous ArticleUS claims JCPOA return despite anti-Iran moves
Next Article US base attack in Syria might have been inside job: CNN