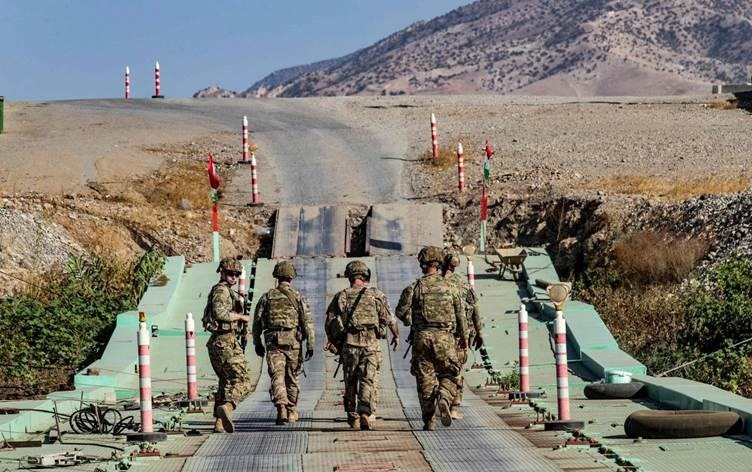 US base attack in Syria might have been inside job: CNN

Washington’s initial explanation could evaporate with the forthcoming findings.

The US military is looking into whether a US soldier is responsible for the explosion which occurred at a small US base in Deir-Ezzor, northern Syria, on April 7. The explosion injured four US occupation soldiers, according to three defense officials. One official confirmed that the suspect is no longer in Syria.

“Army CID and Air Force OSI are conducting a joint investigation of the incident. A possible suspect, a US service member, has been identified,” the military said in a statement on Monday.

“No further information will be released at this time,” the statement added.

According to the statement released by US officials shortly after the attack, a military statement revealed that the attack is said to be due to a “deliberate placement of explosive charges by an unidentified individual(s) at an ammunition holding area and shower facility.”

The explosives, according to two officials speaking to CNN, have more explosive power than a simple hand grenade. One official categorized it as a “military grade” weapon.

Furthermore, the officials revealed that the attack took place in the middle of the night, and have got their hands on surveillance footage where they observed two instances of a figure moving quickly. However, it is not clear whether they’re two people or the same person.

Part of the investigation also looks into whether guards were protecting the location from outsiders.

The motive of the attack is still unknown.

“The matter remains under investigation,” US Central Command told CNN, offering no detail.

The United States for years has been backing the so-called Syrian Democratic Forces (SDF) and Kurdish PKK militants, aiding in resource theft and US occupation in northeastern Syria for oil and gas.