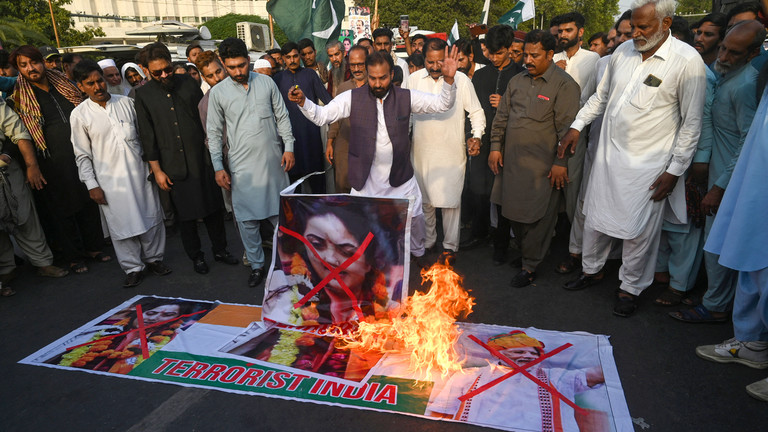 Police are on high alert across India, after an affiliate of the terrorist group Al-Qaeda threatened a wave of suicide attacks over a ruling party politician’s inflammatory remarks on the Prophet Mohammed.

Al-Qaeda in Indian Subcontinent (AQIS) released a letter on Monday saying the states of Delhi, Mumbai, Uttar Pradesh and Gujarat would be targeted.

The group vowed to use children as suicide bombers, and attack Hindu politicians living in fortified compounds.

The Indian government has said it’s taking the threat seriously, and police in the states listed are being placed on high alert.

This follows a global wave of Muslim outrage over comments made by Nupur Sharma, the national spokesperson of India’s Bharatiya Janata Party (BJP). On May 26, Sharma took part in a TV debate and expressed her views on the Prophet Muhammad and his wife Aisha. The video later went viral, and was condemned by many Muslims as blasphemy.

The backlash saw Sharma and BJP’s Delhi media chief, Naveen Kumar Jindal – who tweeted about the Prophet and then deleted the message – suspended and labeled “fringe elements” who don’t represent the views of the Indian government.

Sharma later apologized on Twitter, claiming that she never intended to insult anyone’s religious beliefs. The 37-year-old insisted that her comment was in response to “continuous insult and disrespect” against the Hindu deity Mahadev made during the debate. “I hereby unconditionally withdraw my statement,” she wrote.

Her apology failed to quell Muslim anger, which has spread far beyond India. As of Tuesday, Indonesia, the UAE, the Maldives, Jordan, Bahrain, Libya, Qatar, Kuwait, Iran, Saudi Arabia, Oman and Afghanistan have all lodged official complaints over the comments by the BJP members.

Indonesia, which has the largest Muslim population in the word, has summoned the Indian ambassador in Jakarta. Bahrain has denounced the remarks as “a provocation to Muslims’ feelings and incitement to religious hatred.”

The hashtag #ShameOnBJP has also been trending on Twitter. However, there were also many users who supported Sharma and insisted that Modi’s government shouldn’t give in to the pressure from the Muslim world.