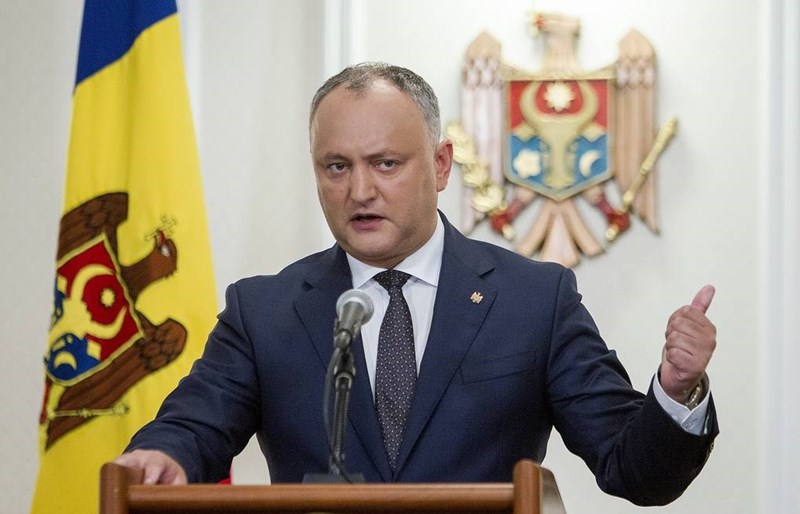 Former Moldovan President Igor Dodon stated that the West is fostering destabilization in Moldova in order to justify its military and political unification with Romania.

“It is clear that [Moldovan President] Maia Sandu and her external masters follow the Ukrainian scenario, provoking a deliberate destabilization of the situation, and some political factors from the West want to use the Moldovans as cannon fodder in the geopolitical battle that is currently being waged in this region. The military and political merger of our country with the territory of Romania is being prepared, with the rejection of neutrality,” Dodon wrote on Telegram.

According to the lawmaker, the arming procedures and anti-Russian hysteria are specially designed to legitimize the installation of NATO troops on Moldovan soil.

Dodon expressed alarm earlier this week about aggressive efforts taken by supporters of unification with Romania, who began collecting signatures among city and regional council lawmakers. He also stated that this was a direct appeal to end Moldova’s existence and blamed the cabinet and parliament, which are opposed to the president, for passivity.

Tensions in the country may be stirred up artificially, Dodon stressed. “Maybe those who are in power today – the Democrats and other parties – will benefit from this scenario? Because they know that they will lose the [parliamentary] elections this fall and want to destabilize the situation. We should be very careful about this issue,” the President emphasized.

Moreover, in February, Ukraine applied for EU membership shortly after Russia launched its military operation. It was followed by Georgia and Moldova, which decided to fast-track submission of their applications and similarly received the EU questionnaire in mid-April.

However, an earlier poll by Romania’s Institute of Marketing and Polls showed that the majority of Moldovans want to continue to import natural gas from Russia even though Europe is considering the diversification of its energy supplies.

The poll results showed that 63% of the respondents believe Russia should be allowed to continue pumping gas to Moldova, while 31% said Moldova should source it at a higher price from Europe.