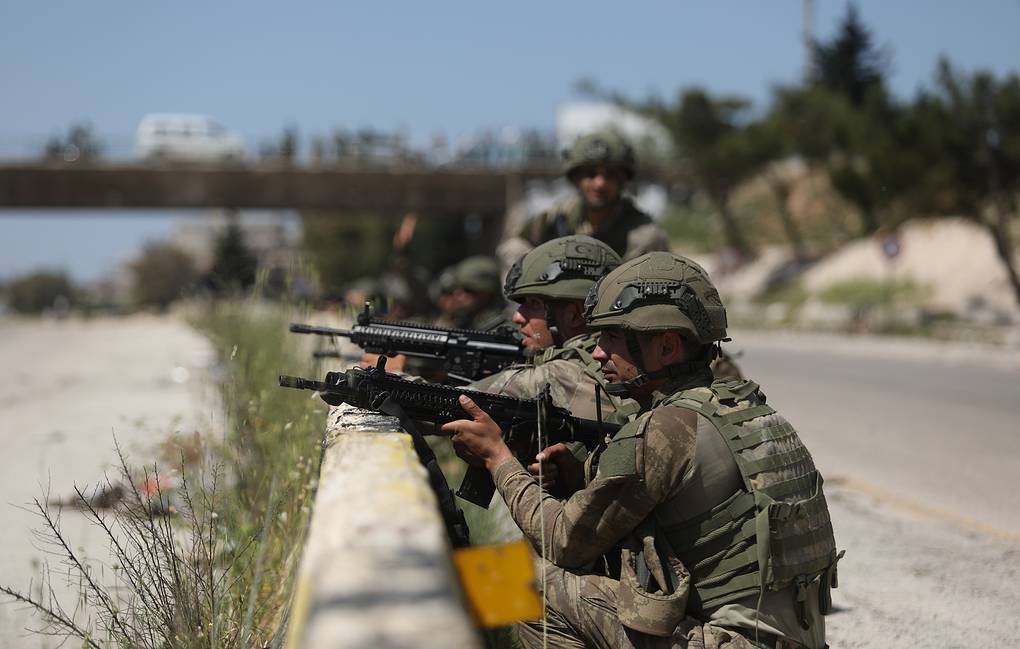 epa08417310 Turkish army soldiers guard the road and prevent civilians from ferrying to ensure protection for the Russian-Turkish joint patrol in Idlib, Syria, 12 May 2020. Turkey and Russia joint patrol on the M4 highway was hit by an artillery shell but without damage done. EPA-EFE/Yahya Nemah

Turkey’s cross-border operation into Syria, however, may start this week, the newspaper said without citing any source

Russia is opposed to Turkey’s plans to hold a military operation in northern Syria, Hurriyet newspaper reported on Wednesday.

Moscow has spoken out against the operation in Raqqa province, as strategic M4 Highway crosses the area, according to the paper. Ankara suspended the preparations following discussions with Moscow, while Russia sent additional troops into the region, Hurriyet said.

Turkey’s cross-border operation into Syria, however, may start this week, the newspaper said without citing any source. Ankara is continuing to amass troops near the border and into Tell Rifaat and Manbij regions, where shooting and clashes with extremists have intensified.

President Recep Tayyip Erdogan on May 23 announced preparations for an army operation in Manbij and Tell Rifaat in northern Syria with the aim of expanding the 30-kilometer security zone, which was established in 2019. On June 4, the president said, the army was starting to mop up the region of fighters from Kurdistan Workers’ Party and People’s Protection Units regarded as terrorist groups by Turkey.