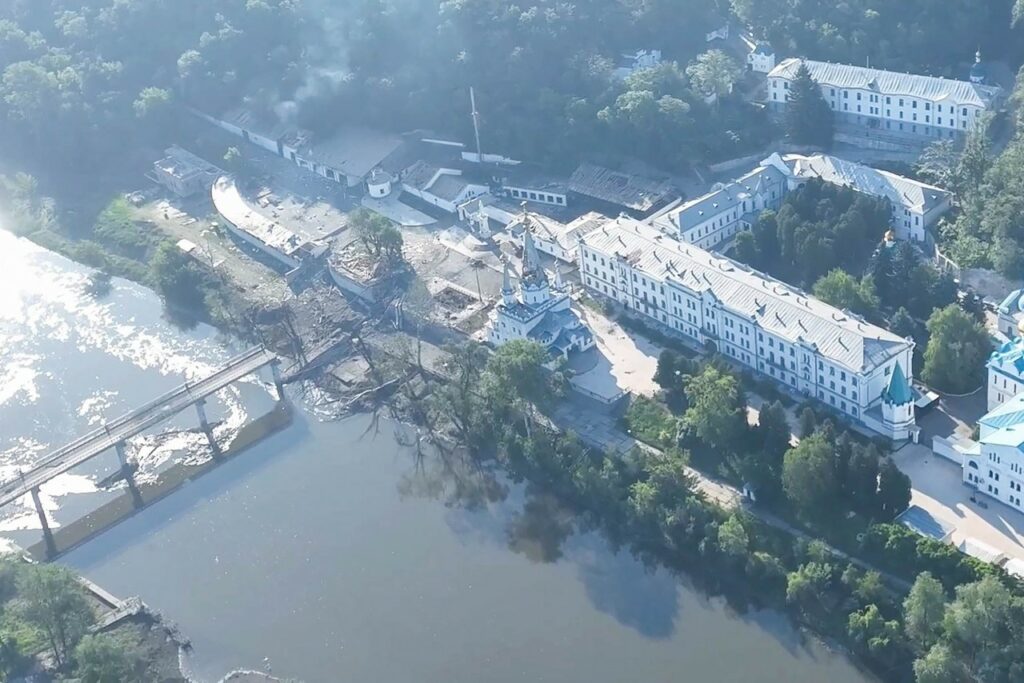 The first reports about the fall of the town of Svyatogorsk under Russian control came in the evening on June 6. On June 7, DPR control of the settlement was confirmed by Russian Minister of Defence Sergey Shigu as well as by the DPR military officials.

On the same day, the first videos showing the town under Russian control were shared on the social media.

The footage confirmed that the local Svyatogorsk Lavra monastery located on a hill on the right bank of the Seversky Donets River and used as a stronghold of the Ukrainian Armed Forces was liberate almost undamaged.

Russian drones also captured the moment of the unsuccessful attempt of the AFU to destroy of the bridge over the Seversky Donets River near the Svyatogorsk Lavra. Later, Ukrainian forces blew up a bridge near the right bank on June 6. As a result, Ukrainian servicemen left in the city were doomed and could not retreat from the city. Many militants had to swim, several people drowned.

On June 8, the daily briefing of the Russian Ministry of Defence revealed some details on the battle for Svyatogorsk. According to the report, the Armed Forces of Ukraine (AFU) suffered heavy losses in manpower and military equipment.

The town of Bogorodichnoe located west of Svyatogorsk is still under the AFU control. Russian units are still on the outskirts of the town. They are shelling Bogodichnoe as well as the AFU positions to the west in the towns of Dolina and Krasnopolie where clashes continue.

In the morning of June 8, first reports claimed Russian control of the town of Tatyanovka located on the south-eastern outskirts of Svyatogorsk.

Russian troops are already 20 kilometers from the city of Slavyansk one of the main stronghold of the AFU in the Donbass region and they face no natural obstacles on their way.

However, Russian forces are yet to mop up the forest areas near the villages of Dolina and Krasnopolie on the M03 highway, where their advance has been stuck for weeks, in order to approach Slavyansk from the northern direction.

At the same time, Russian-led forces advancing from Krasny Liman are yet to cross the Seversky Donets River near the town of Rayhorodok located 10 kilometers to the east of Slavyansk.