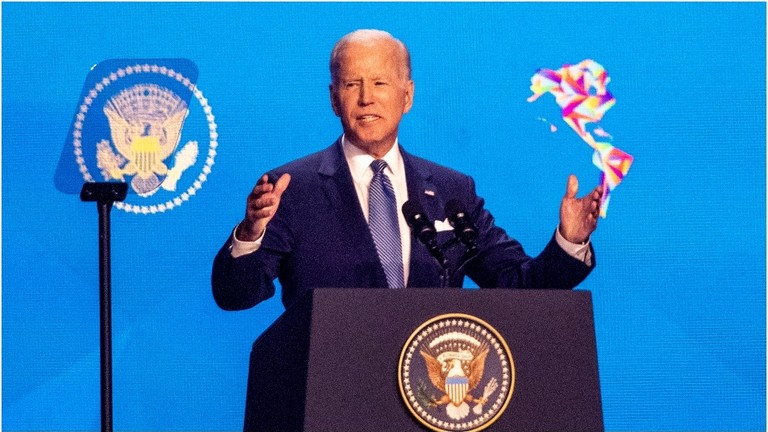 US President Joe Biden has said he doesn’t want to “abuse the Constitution” to enact tougher gun laws in response to a series of deadly mass shootings. The president made his comments on the Jimmy Kimmel Live! show on Thursday.

Kimmel asked Biden if he could issue an executive order on gun control. “Trump passed those out like Halloween candy,” the host said.

Biden replied that he had issued executive orders in the past “within the power of the presidency.”

“I don’t want to emulate Trump’s abuse of the Constitution,” Biden continued.

I often get asked, ‘Look, the Republicans don’t play it square, why do you play it square?’ Well, guess what? If we do the same thing they do, our democracy will literally be in jeopardy.

Kimmel then compared the gun debate to playing the board game Monopoly with someone who “won’t follow any of the rules.”

“How do you ever make any progress if they’re not following the rules? You got to send them to jail,” the president said, referring to the square on the board.

Calls for tougher gun laws were renewed last month after a series of deadly mass shootings in several US states. Last week, Biden said that the constitutional right to bear arms is “not absolute” and called for a ban on certain types of weapons.

On May 14, a gunman murdered 10 people inside a supermarket in Buffalo, New York. Before the attack, he reportedly published a manifesto riddled with racist and anti-Semitic statements.

On June 1, a disgruntled former patient killed four staffers inside a medical center in Tulsa, Oklahoma before taking his own life.