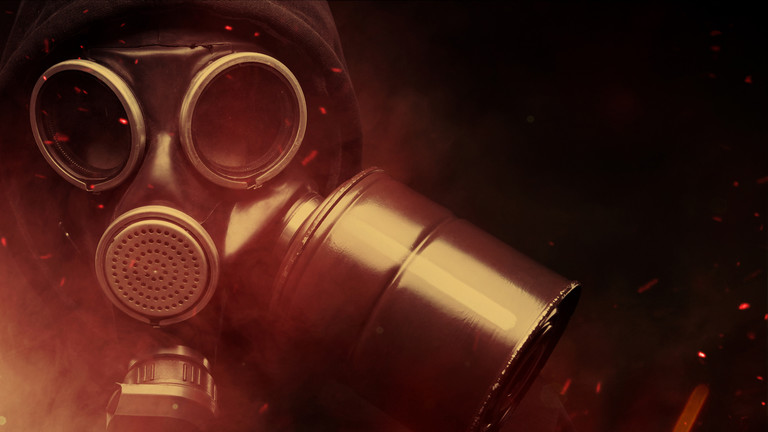 Ukraine’s Security Service (SBU) is plotting “another provocation with the use of hazardous chemicals” as part of Kiev’s smear campaign against Moscow, Russia’s Ministry of Defense claimed on Wednesday, amid the ongoing military offensive in the neighboring country.

Speaking at a briefing, the head of the National Defense Control Center of Russia, Colonel-General Mikhail Mizintsev said that the provocation allegedly being planned is going to take place in the city of Sumy in northeastern Ukraine. He claimed that Ukrainian territorial defense units have already got protective hazmat suits and are now participating in training within a chemical attack scenario.

“According to the plan of the Kiev scriptwriters,” Mizintsev claimed, “units of the Armed Forces of Ukraine will launch artillery strikes on the border regions of Russia from the settlements of the Sumy region. After a staged retaliatory fire attack, allegedly carried out by the Russian armed forces, Ukrainian special services plan to spray potent poisonous substances in the provocation area.”

After the staged incident is recorded by experts from the Organization for the Prohibition of Chemical Weapons, it will be “used to subsequently accuse the Russian armed forces of using chemical weapons against civilians,” the chief of the National Defense Control Center said, citing “available reliable information” obtained by the Russian military.

Kiev has not yet commented on the allegations.

Mizintsev stressed that Russian forces do not use chemical weapons and that the country’s stockpiles have been destroyed in accordance with international agreements.

Since the launch of the Russian attack on Ukraine in late February Moscow and Kiev have repeatedly accused each other of various war crimes, each in turn then denying any culpability. Russia has repeatedly warned of possible chemical attacks by the SBU. In April it also accused the US of planning to use weapons of mass destruction (WMD) in Ukraine in order to frame Moscow. Kiev and its Western supporters have been denying these accusations.

Over the last two months Moscow has been publishing evidence of a sprawling network of US-funded biolabs scattered across Ukraine. It claims that the secret installations have been involved in questionable research and allegedly in the development of biological weaponry. US officials confirmed the existence of “biological research facilities” in Ukraine, but said Washington only provided what they called “assistance” for efforts that did not involve the development of bioweapons.