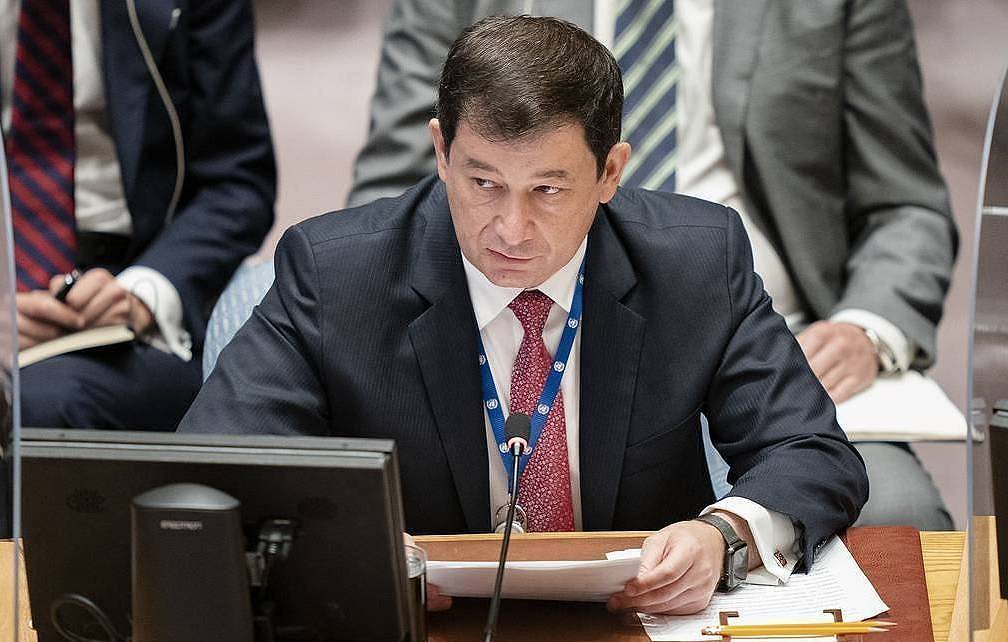 Dmitry Polyanskiy, first deputy permanent representative of Russia to the United Nations, speaks during a meeting of the United Nations Security Council, Thursday, Sept. 23, 2021, during the 76th Session of the U.N. General Assembly in New York. (AP Photo/John Minchillo, Pool)

“Looks like President Putin is governing the US as well, since he can impose taxes on food and gas. Unconvincing and futile attempt by the US president to shift the blame and escape his responsibilities,” the tweet reads.

Biden said earlier that inflation was “a real challenge to American families.” “We’ve never seen anything like Putin’s tax on both food and gas,” he added. The US Department of Labor said earlier that the consumer price index had increased 8.6% from a year earlier.

On February 24, Russian President Vladimir Putin announced a special military operation based on a request from the heads of the Donbass republics. The Russian leader stressed that Moscow had no plans to occupy Ukrainian territories and the goal was to demilitarize and denazify the country. In response, the West imposed major sanctions on Russia. In addition, Western countries started to provide weapons and military equipment to Kiev, whose total value is currently estimated at billions of dollars.