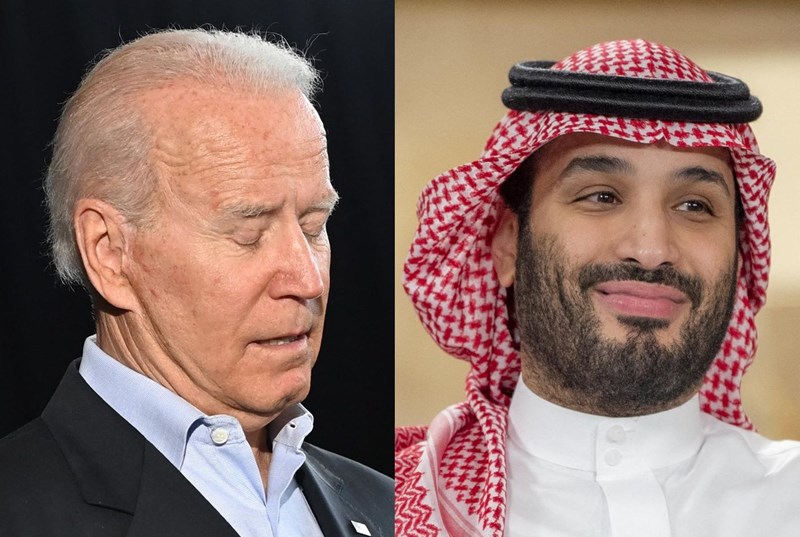 Biden’s trip to Saudi Arabia to be announced Monday

Despite pressure from Congress, US President Joe Biden will likely meet Saudi Prince to deal with security issues and oil prices.

After the postponed visit of US President Joe Biden to Saudi Arabia and “Israel”, the White House plans to announce the dates of the trip as early as Monday, June 13. According to two officials with immediate knowledge of the plans Congress had previously pushed back against the trip given their critical stance against the Kingdom and its leader for repeated human-rights abuses.

Previously, a senior administration official told NBC News “We are working on a trip to Israel and Saudi Arabia for a GCC+3 Summit.” As such, the trip comes as part of a broader trip to the region.

President Biden is likely to meet with the Saudi Crown Prince Mohammed bin Salman, despite having continuously criticized the Kingdom for its human-rights record, especially following the murder of Saudi journalist Jamal Khashoggi, which US intelligence pins on MBS.

Previously, Biden had called the Kingdom a “pariah” during his election campaigns.

As the gas and oil crisis hits record high numbers in the US with $5 a gallon following ever-increasing inflation, Biden is being pressured to find solutions to lower the prices. Simultaneously, says the US official, the Iran nuclear deal has come to the forefront of regional developments making the visit of the US to bin Salman integral to its regional politics.

The Biden administration has long been requesting that the Saudi government increase oil production in order to lower gasoline prices ahead of the midterm elections and to push for a slew of sanctions against Russian oil in the midst of the ongoing war in Ukraine. However, the Saudis have not shown any interest in it thus far.

However, when Biden was asked earlier on Saturday if he can confirm he will be meeting bin Salman, the President said “Not yet,” Insisting that all talks with Saudi Arabia will inevitably focus on security issues.