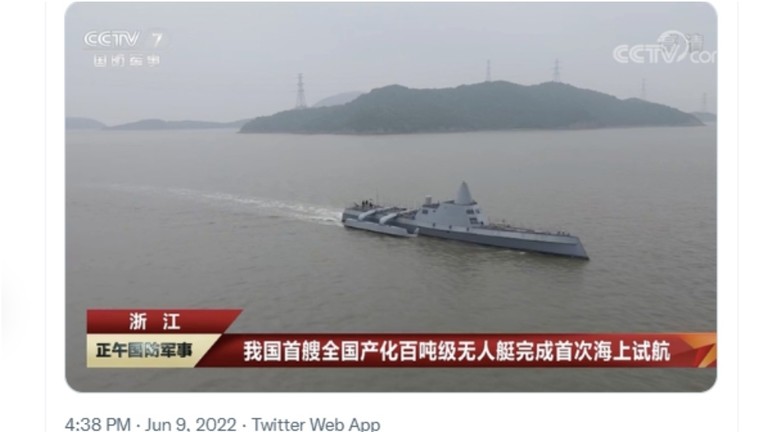 Sub: The unmanned vessel can fight all types of enemies, local media says

The state-run newspaper Global Times reported that the 200-ton ship can be sent into “dangerous combat zones” on reconnaissance missions and to fight aircraft, submarines and other surface vessels without the risk of casualties aboard.

The paper added that drone ships could be used for coastal defense, or operate alongside larger vessels.

The ship can travel at speeds of more than 20 knots (37kph) and sail safely in rough seas.

The South China Morning Post noted that the vessel’s design is similar to the US Navy’s stealth guided missile destroyer USS Zumwalt and the Sea Hunter naval drone.

The ship was formally launched in 2019. It conducted test voyages on Poyang Lake in eastern China before sailing into the sea.