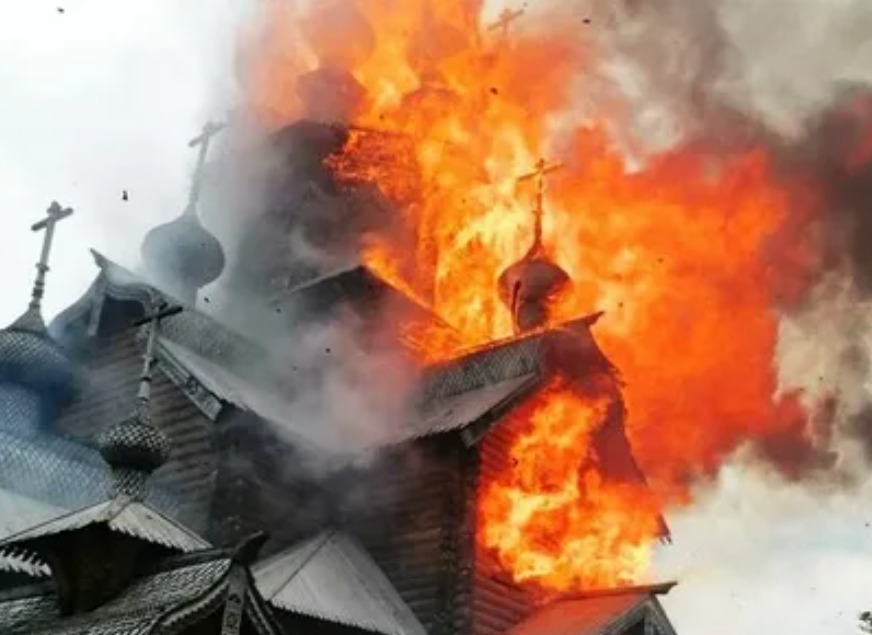 Despite the attempts of Ukrainian media to balme Russian forces for destruction of the Svyatohorsk Lavra during the battles, the mayor of the city of Svyatohorsk confirmed that the sacred place was set on fire by the retreating Ukrainian units.

Russian forces claimed control over the city of Svyatohorsk on June 6. The local monastery located on the right bank of the Seversky Donets River was used as a military base of the Ukrainian Armed Forces (AFU). Ukrainian forces deployed their artillery there and took hostage the monks. As a result, three civilians in the Svyatohorsk Lavra were killed.

After Russian forces took control over the city they shared the footage from a drone showing that the monastery was almost not damaged. However, the wooden priory located near the monastery was set on fire when the AFU were retreating from the city.

The Kiev regime attempted to blame Russian forces for provocation in the sacred place, but the local mayor confirmed that the priory was destroyed by Ukrainian forces.

The mayor was declared a traitor and is currently being persecuted by Ukrainian nationalists.