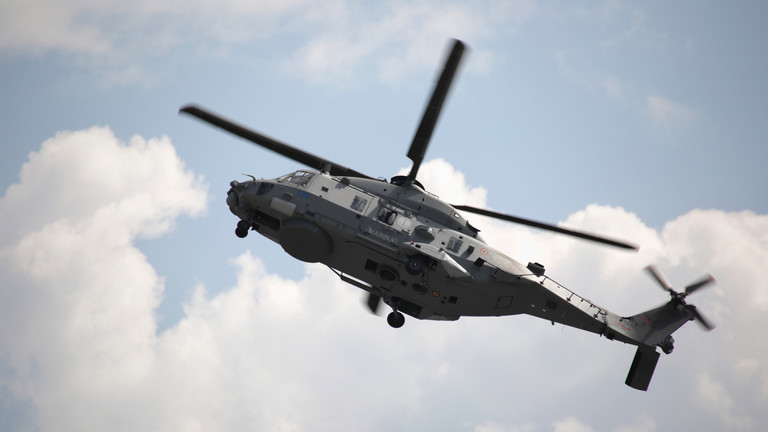 Norway, one of the founding NATO members, is terminating a contract for NH-90 military helicopters it signed back in 2001, the country’s Defense Minister Bjorn Arild Gram announced at a press conference on Friday. The model, which was developed specifically to meet the military alliance’s requirements, has been deemed suboptimal by the Norwegian military, which cited multiple defects and delays.

As the model “will never be in a position to fulfill the requirements of the Norwegian armed forces,” Oslo is now demanding that the nearly €500 million it has paid so far be reimbursed. The operation of the helicopters, which had already been delivered to Norway, was ceased with immediate effect on Friday. The machines will be returned to the manufacturer, France-based multinational company NHIndustries.

In the meantime, Oslo is reportedly looking for a replacement, which could come from the US, Germany’s Die Welt outlet indicated.

The report described the Norwegian military’s final verdict on the NH-90 as “damning” for both the model itself and the company that produces it. Oslo made it clear, as the article noted, that no additional tinkering, spare parts or investment were likely to make the helicopter worth having.

However, NHIndustries is apparently not going to take the abrupt contract cancellation in stride and could reportedly even take Norway to court over its decision, which the company described as “legally unfounded.”

In its statement, the multinational said, among other things, that it “rejects the accusations against NH90 and the company,” adding that Oslo had not given NHIndustries the opportunity to address “special Norwegian requirements.”

The manufacturer went on to insist that 13 of the 14 helicopters ordered by Norway had been delivered, with the other one ready to be collected. However, according to the Norwegian military, only eight of those machines were fully operational.

For NHIndustries, in which Airbus holds a controlling interest, Norway’s decision represents a new blow, after Australia, another buyer of the NH-90, announced in December 2021 that it was planning to switch to the US-made Black Hawk down the road. Canberra explained at the time that the performance of the European helicopter was a “constant problem,” adding that the operating costs were too high as well.

Die Welt claimed that Belgium, too, is currently considering replacing its NH-90s.

The German outlet noted that other users have also reported various issues with the NH-90. For instance, the Netherlands has allegedly complained about corrosion problems associated with the model.

According to a report penned by the German military and cited by Die Welt, by the end of 2021, only 19% of the NH-90s in service with the German armed forces were operational. The outlet claimed, citing a Germany military industry blog, that the country’s Navy recently refused to accept one such helicopter due to radar errors and a persistent fuel smell in the cockpit.

With its maiden flight in 1995, the NH-90 is currently in service in over a dozen countries, mostly in Europe.