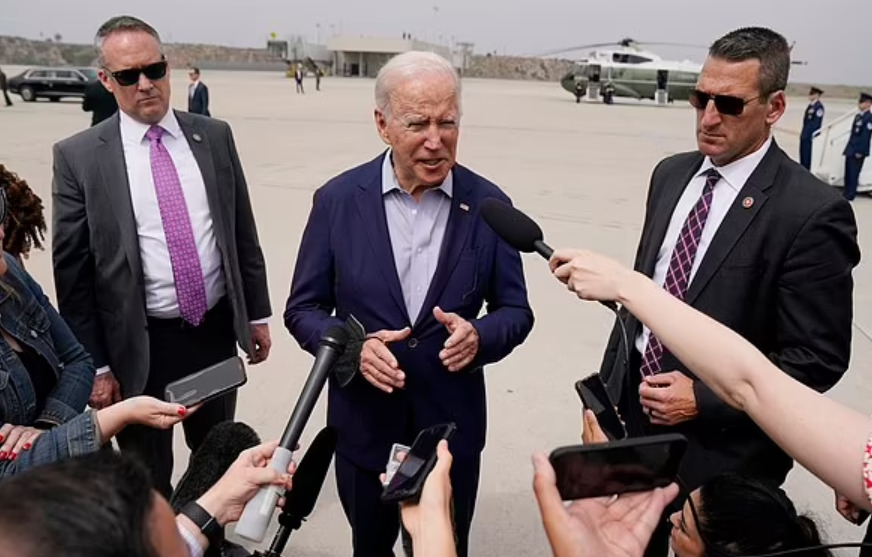 The President did not commit to a trip to the Mideast kingdom but said any visit would be about security, not energy

President Joe Biden answered questions about his potential visit to Saudi Arabia. Biden said that a meeting with Saudi Crown Prince Mohammed bin Salman (MbS) would be about Israeli security, not energy. While Axios reported the trip would come in mid-July, Biden did not commit to making the trip.

Speaking with reporters outside of Air Force One on Sunday, Biden said, “It happens to be a larger meeting taking place in Saudi Arabia. That’s the reason I’m going. And it has to do with national security for them – for Israelis.” He continued, “I have a program, anyway. It has to do with much larger issues than having to do with the energy price.”

The President did not commit to making the trip. Biden replied, “No. Not yet,” to a question about finalizing the planned visit. However, Axios reported speaking with three Israeli officials who said Biden would be in Israel on July 14 and 15 before traveling to Saudi Arabia.

Biden has met heavy criticism for his planned meeting with MbS. As a candidate, Biden pledged to make Saudi Arabia a “pariah” state and hold MbS accountable for the murder of Washington Post journalist Jamal Khashoggi. Since taking office, Biden has continued to sell weapons to Saudi Arabia and aid the country’s war in Yemen.

When the White House first floated the idea of a meeting between Biden and MbS in March, oil production was at the top of the agenda. The proposed visit was met with objections from progressive Democrats and Republicans. Biden may now be attempting to downplay discussions with MbS about energy policy to reduce criticism.

Kyle Anzalone is the opinion editor of Antiwar.com, news editor of the Libertarian Institute, and co-host of Conflicts of Interest.