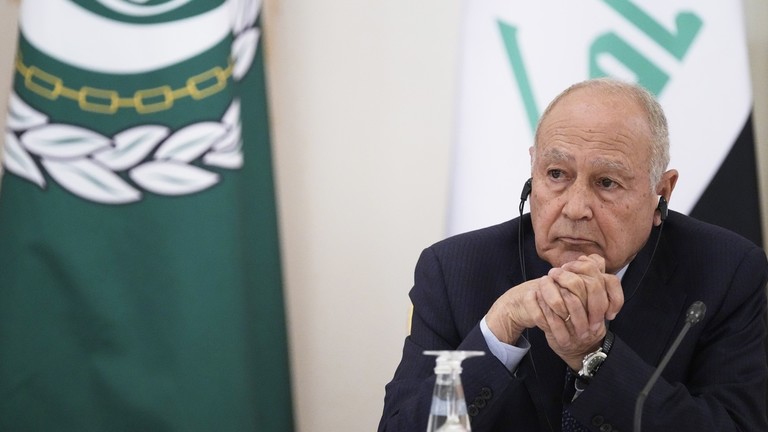 Arab League Secretary General Ahmed Aboul Gheit in an interview on Sunday accused the West of pressuring Arab states to condemn Russia over its military operation in Ukraine and vote against Moscow in international forums, in a bid to “surround” Russia with compliant Middle Eastern allies.

A number of Arab League members – including Saudi Arabia, the UAE and Egypt – voted for a UN General Assembly resolution in March condemning Russia’s operation. However, the league itself, which represents 22 Arab states, has not condemned Moscow’s actions, stating in late February that it supports a diplomatic resolution to “the crisis in Ukraine,” and acknowledging that its members share “close relations” with “the two sides in the crisis.”

Media reports at the time suggested that the US lobbied Egypt “and several other countries” to give their political support to Kiev and “reduce the pace” of their cooperation with Russia.

In an interview with Egypt’s Sada el-Balad TV network on Sunday, Gheit confirmed that the West had indeed pressured league members in a bid to get them on board and geopolitically “surround” Russia.

“They did not succumb to this dictate to which they were subjected, and some even refused to vote for condemning the actions of the Russian Federation,” Gheit stated, according to a report by the TV channel Al-Mayadeen.

Of the Arab League’s members, Algeria, Iran, Iraq and Sudan abstained from the final UN vote, while Syria, a Russian ally whose membership in the league has been suspended since 2011, opposed the resolution. Days before the vote, reports suggested that the UAE and Egypt would abstain.

Russian Foreign Minister Sergey Lavrov, who met with league members in April, has previously accused the West of coercing other nations to take its side in defense of the US-dominated world order.

“The formation of a multipolar world is underway, and our Western colleagues are trying to prevent these processes. They want to maintain and extend their dominance to all regions. They are trying to mobilize all other countries to come under their flag, using the situation in Ukraine and around it as a pretext,” Lavrov said after a meeting with the Organization of Islamic Cooperation last month.

While most Arab League members sided with Washington during the UN’s vote in March, an Arab News/YouGov poll last month found that in 13 out of 14 Arab countries surveyed, a majority of respondents blamed the US-led NATO alliance for the conflict in Ukraine, rather than Russia. The only exception was Syria, where respondents blamed each side equally.