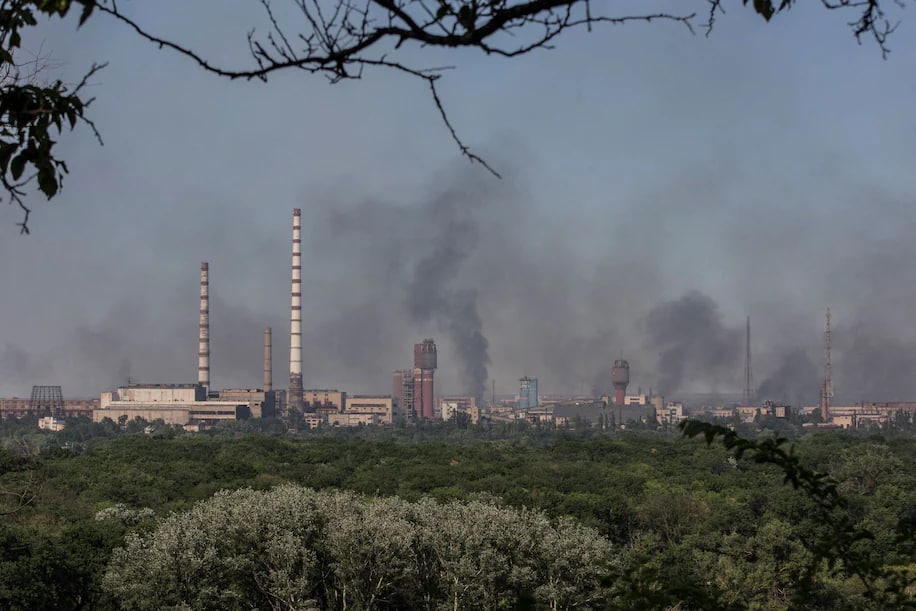 As of June 13, the fierce battle for the city of Severodonetsk continues. The recent days were marked by several incidents which confirmed the deplorable situation for the Armed Forces Of Ukraine in the city.

Advisor to the Minister Yuri Sak in an interview with Deutsche Welle said that the situation in the Armed Forces of Ukraine in Severodonetsk is very difficult, but events are developing more intensively. The Ministry of Defense of Ukraine confirmed that Russian forces have significant advantage in firepower and compared the situation in the city to the blockade of Ukrainian forces in the Azovplant in Mariupol.

Ukrainian units shared videos of the battles from the Azot plant:

On June 12, the commander of the AFU in the Severodonetsk-Lisichansk metropolitan area, Major General Nikolyuk, reportedly gave the order to blow up the Proletarian Bridge across the Seversky Donets in order to prevent the units defending the industrial zone of Severodonetsk from leaving the area. In turn, the Ukrainian military blamed Russian forces for destruction of the bridge.

As a result, Ukrainian servicemen were blockaded, and could only leave the area by swimming across the river or surrender to the advancing Russian forces.

” Severodonetsk is actually blocked after Ukrainians  blew up the last bridge that connected them to Lisichansk on Sunday”, the Deputy head of the Department of the People ‘s Militia of the DPR Basurin said. According to him, the Ukrainian military remaining there have a choice – to surrender or die, there is no other option.

The footage from the area confirmed that the building of the scientific and production enterprise “Impulse” in Severodonetsk was destroyed as a result of the clashes. Impulse was the only plant in Ukraine that produced components for nuclear power plants.

On June 11, the LPR Ambassador to the Russian Federation Rodion Miroshnik claimed that the number of Ukrainian military personnel at the enterprise reaches 300-400 servicemen. In addition, there may be about 500 civilians at the plant.

The blocked Ukrainian militants reportedly demanded to release them to Lisichansk with hostages. Miroshnik noted that negotiations were underway on the safe evacuation of civilians.

On the next day, on June 12, some civilians left the area of the Azot plant to the Russian military. They came out through the second checkpoint of the chemical plant. The fact confirmed that the area of the checkpoint is not controlled by Ukrainian militants. The number of evacuated civilians was not revealed. It is reported that some of the hostages remain in the industrial area.

The AFU continue shelling of the residential areas taken under Russian control. The satellite imagery of the city confirmed that large fires broke out in the city and nearby areas.

The fire is carried out by Ukrainian artillery in the industrial zone as well as from Ukrainian positions in the city of Lisichansk.

At the same time, artillery duels reached the city of Lisichansk. As a result, civilians who were not evacuated from the city suffer.

Meanwhile, the Ukrainian military is reinforcing their forces in the city. Another group of 80 fighters reportedly arrived there the day before to strengthen the Ukrainian defences. However, this seems not enough to stop the Russian advance.

The official of the US Department of Defence reportedly claimed to the Washington Post that the Russian army is guaranteed to take full control of the entire territory of the Luhansk People’s Republic within a few weeks. The Severodonetsk-Lisichansk metropolitan area is the last stronghold of the AFU in the Republic.