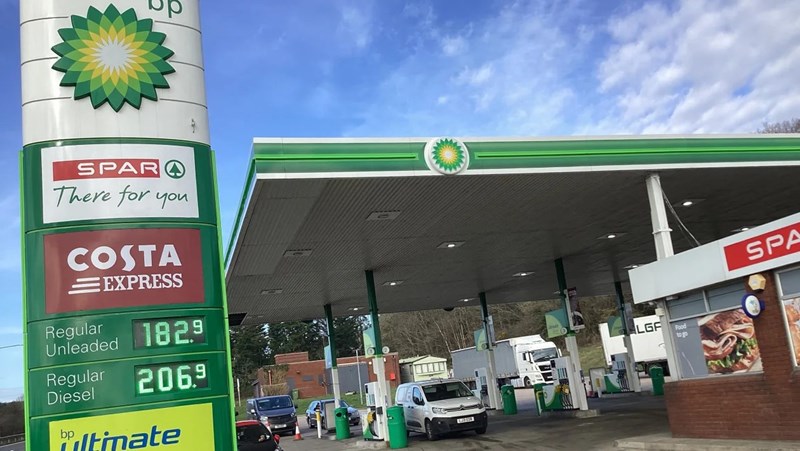 Fuel prices skyrocket in US, UK

Fuel prices in the UK reach new highs and the US average price per gallon jumps to $5.

The national average price for regular unleaded gas in the United States rose to $5.016 per gallon on Tuesday, according to data from the American Automobile Association (AAA), which tracks prices at more than 60,000 gas stations across the country.

Historically, the highest prices have been recorded in California, up to $6.44 per gallon, and the lowest in Georgia, at $4.49 per gallon.

The AAA stated that the rising prices are having no effect on demand during the traditionally busy summer driving season.

“Based on the demand we’re seeing, it seems high prices have not really deterred drivers,” said AAA spokesperson Andrew Gross. He added, however, that if prices remain at or above $5, “we may see people start to change their daily driving habits or lifestyle.”

“This dynamic between decreased supply and increased demand is contributing to rising prices at the pump,” AAA stated in a press release.

Another factor that has contributed to fuel price increases is the rise in global oil prices, which has been fueled by rebounding post-pandemic demand and sanctions imposed on Russia, one of the world’s largest crude producers and exporters.

The average price of diesel has reached a new high of 190.92 pence per liter, while gasoline has risen to 185.04 pence.

“The speed and scale of the increase is staggering… Incredibly, the government is now raking around £46 ($56) in tax from every full tank,” RAC fuel spokesman Simon Williams said in a statement cited by Bloomberg.

The rise in fuel prices is due to the rising global price of oil, as well as the United Kingdom’s plans to reduce its reliance on Russia, one of the world’s largest oil exporters.

The UK is not alone in experiencing rising fuel prices, with the US and the EU also grappling with rising gas prices since Moscow launched its military operation in Ukraine in late February. A slew of sanctions against Russian energy has exacerbated supply concerns.

UK motoring groups have urged the government to take more decisive action to assist drivers in dealing with the price increase. The government already reduced fuel duty by 5 pence per liter in March, but motorists deemed the reduction insufficient. According to the RAC, a further reduction in fuel tax is long overdue but would still be “very welcome.”

Following Business Secretary Kwasi Kwarteng’s request for the watchdog to investigate whether the 5 pence duty cut is being passed on to drivers quickly enough, the UK’s Competition and Markets Authority (CMA) announced on Monday that it would conduct a “short and focused review” of the fuel market.