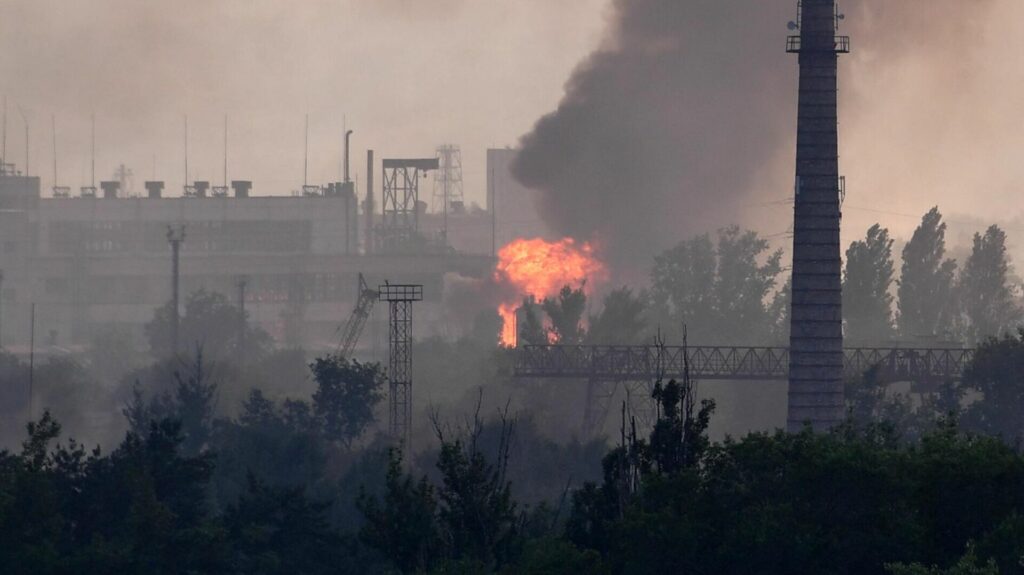 Russian side to secure humanitarian corridor from Azot plant in Severodonetsk

The Russian Defense Ministry announced the opening of a humanitarian corridor from the industrial zone of Severodonetsk to the city of Svatovo, which is under control of the in the Luhansk People’s Republic, on June 15. The strategy of the Ukrainian military in the city of Severodonetsk is very similar to the one used at the Azovstal plant in Mariupol.

According to the Russian Defence Ministry, the decision was made in response to the request of the Ukrainian side to organize a humanitarian corridor for the evacuation of civilians from the territory of the Azot chemical plant in Severodonetsk.

Kiev’s forces asked to secure evacuation to the city of Lisichansk, i.e. to the territory controlled by the Kiev regime. However, this is no longer possible because “on June 13, 2022, by order of the Kiev authorities, in order to prevent the retreat of territorial defense units, the last bridge across the Seversky Donets River in the direction of Lisichansk was blown up by the Armed Forces of Ukraine”.

Ukrainian militants retreating from residential districts of Severodonetsk brought hundreds of civilians to the industrial zone of the Azot plant in order to use them as human shields.

The Russian MoD noted that the Ukrainian side is not interested in allegedly saving civilians, but attempts to withdraw the units from the encirclement in Severodonetsk.

“Guided by humane principles, the Armed Forces of Russia and the formations of the Luhansk People’s Republic are ready to conduct a humanitarian operation to evacuate civilians. To do this, from 08.00 (Moscow time) to 20.00 (Moscow time) on June 15, 2022, a humanitarian corridor opens in the northern direction (to the city of Svatovo of the Luhansk People’s Republic),” Mikhail Mizintsev said.

Russia assured security guarantees for civilians with their subsequent relocation to temporary accommodation points as part of humanitarian convoys.

Ukrainian militants in the industrial zone of the city were also proposed to lay down their weapons and end their senseless resistance.

“We offer the militants of nationalist battalions and foreign mercenaries located at the Azot plant to cease any hostilities from 08:00 (Moscow time) on June 15, 2022 and release the civilians they are holding through this humanitarian corridor, as well as to stop senseless resistance and lay down their arms,” Mizintsev said.

The Russian side guaranteed the preservation of the lives of those fighters who surrendered, as well as compliance with all the norms of the Geneva Convention on the Treatment of Prisoners of War, as it was the case of Ukrainian militants who had previously surrendered in Mariupol as well as on other Donbass front lines.

It was noted that the readiness of the Ukrainian side to launch a humanitarian operation should be accompanied by the raising of white flags. The Ukrainian side has been informed on the Russian decision through the Deputy Prime Minister of the Government of Ukraine Irina Vereshchuk.