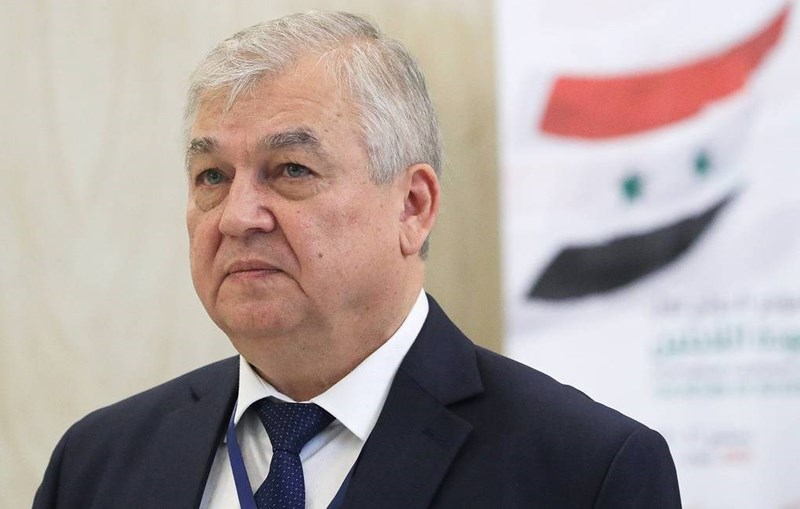 The Syrian settlement process remains a top priority for Russia despite the ongoing war in Ukraine, Russian special presidential envoy for Syria Alexander Lavretyev said at the beginning of the Astana format talks on Wednesday.

“Many now, you have probably heard, say that in connection with the special military operation, Russia’s attention to Syria has weakened,” Lavrentyev said.

“A number of European countries want to see the development of the situation in Syria according to their patterns. I want to say that the Syrian conflict, the settlement still remains among the priorities of Russia’s foreign policy,” he explained.

He underlined that while the situation in Syria remained “difficult”, Moscow would continue assisting Damascus.

The Russian diplomat’s words came a day after Kazakh Foreign Ministry Spokesperson Aibek Smadiyarov confirmed that the Syrian government was participating in the Astana talks in Nur-Sultan, Kazakhstan.

Delegations from the guarantor countries, the Syrian government, and the US and Turkey-backed armed opposition will take part in talks on Syria in Nur-Sultan on June 15-16, Smadiyarov said.

The guarantor states that will be participating in the talks are Russia, Turkey, and Iran. The other parties will include the Syrian government and the armed Syrian opposition.

Lavrentyev also commented on the prospect of Ankara launching a military operation in Syria, stressing that his country saw the Turkish occupation’s possible military action as unreasonable and calling on Turkey to resolve the issue peacefully.

“We believe this would be an unreasonable step that could lead to destabilization of the situation, escalation of tensions, and a new round of armed confrontation in the country,” he told reporters in Nur-Sultan.

The Turkish occupation soldiers have already conducted four military operations in Syria since 2016, with the latest announced in late May.

On Monday, Turkish media reported that Ankara’s troops have taken combat formation and are all set to start Turkey’s fifth military operation on the northern Syrian border, which it claims is aimed at the Kurdistan Workers’ Party and its military wing, the YPG.

Turkey’s cross-border operation into Syria was reported as likely to kick off this week, with Ankara continuing to amass troops near the border and into the Tell Rifaat and Manbij region.

Moscow, on the other hand, according to its diplomat, will urge Ankara to try to resolve concerns peacefully through dialogue.

Lavrentyev also said that Russia saw it as necessary to choose a new venue for the Syrian constitutional committee, which was established by the United Nations to bring about a “peace process” between the Syrian government and the opposition.

“In principle, we raised the issue taking into account the existing logistical difficulties and the loss by Geneva of its neutral status – to choose some other, neutral venue for the next sessions of the constitutional committee,” Lavrentyev said, noting that the issue will be considered with Iran, Turkey, and the United Nations.

The Russian diplomat condemned the Israeli attacks waged on Syrian territories as “unacceptable”.

“We will certainly consider the issue of intensified shelling of Syrian territory by Israel. We think that we will also need to focus on this. This is unacceptable,” Lavrentyev said.