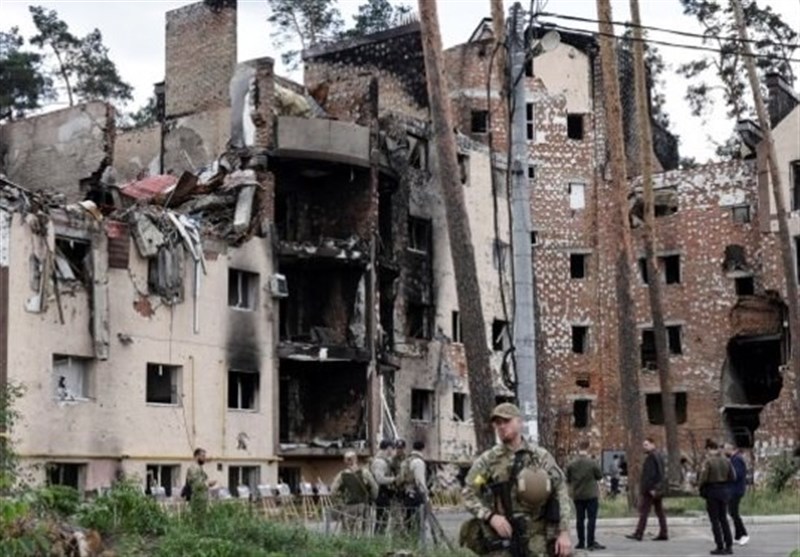 The leaders of France, Italy and Germany arrived in Kiev Thursday morning from Poland where they were expected to meet with Ukrainian President Volodymyr Zelenskyy in a show of support.

The three rode in a train car together bound for the country’s capital.

The visit will be the first by the men since beginning of what Russia calls a “military operation” in Ukraine in late February and comes amid a fierce battle in the disputed Donbas region as the war extends into its fourth month, the AFP news agency reported.

It also marks the most high-profile diplomatic visit since the beginning of the conflict.

Air raid sirens rang out while the men were in their hotel preparing for the meeting – not an infrequent occurrence in Kiev.

Holding his hand over his heart as he left his Kiev hotel, Macron said in English, “I want to show my admiration for the Ukrainian people.”

German news agency dpa quoted Scholz as saying that the leaders are seeking to show solidarity but also their commitment to keeping up their financial and humanitarian help for Ukraine, and their supply of weapons.

Scholz added that this support would continue “for as long as is necessary for Ukraine’s fight for independence.”

The trip was unannounced but Macron had already been visiting the region and French media has speculated he might go to Ukraine.

Macron said in Romania this week that Ukraine and Russia would eventually have to talk.

“At some point, when we will have helped Ukraine as much as possible to resist, when I hope Ukraine will have won and fighting will have stopped, we will have to negotiate,” he told reporters, according to the Wall Street Journal. He was in the country visiting French troops.