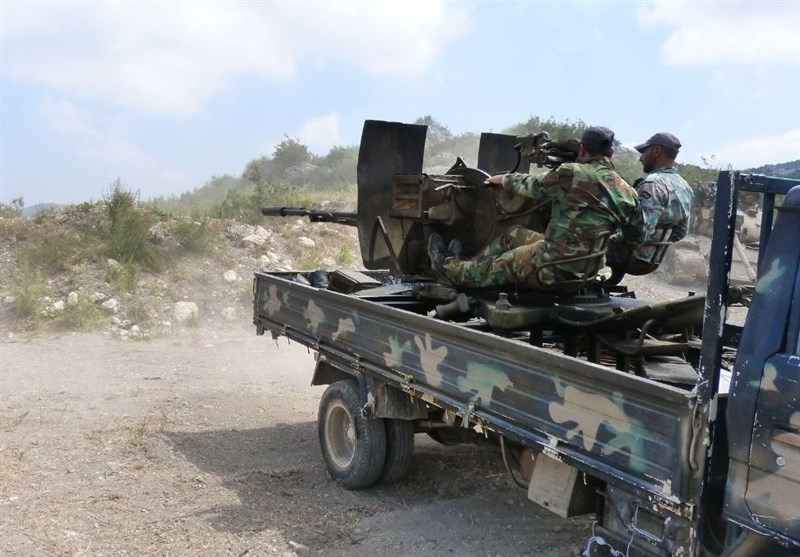 Syrian army units repelled a violent attack by terrorists on the axis of Saraqib near Idlib province on Wednesday and early hours of Thursdays.

The Syrian army’s reconnaissance units who were monitoring movements of armed groups said have been able to inform the military of and attempt by the militants to advance towards army positions along the line of contact near the city of Saraqib in the southern countryside of Idlib, resulting in violent clashes in which the Syrian army used artillery and missiles to halt the terrorists’ advance.

A field source confirmed to “Sputnik” that the Syrian army units were able to eliminate 5 militants and wound more than 20 others in a strike targeting one of the groups that tried to attack a Syrian army site in the vicinity of Saraqib.

The source added that the Syrian army is currently dealing with the reinforcements of the armed groups that are flowing to the clash points, and so far 3 four-wheel drive vehicles have been destroyed.

The source added: “Until this moment, there has been no change in the map of control over this axis, stressing that the Syrian army had previously raised the state of readiness on all axes of engagement in the countryside of Hama and Idlib, in anticipation of any emergency that the front might witness.”