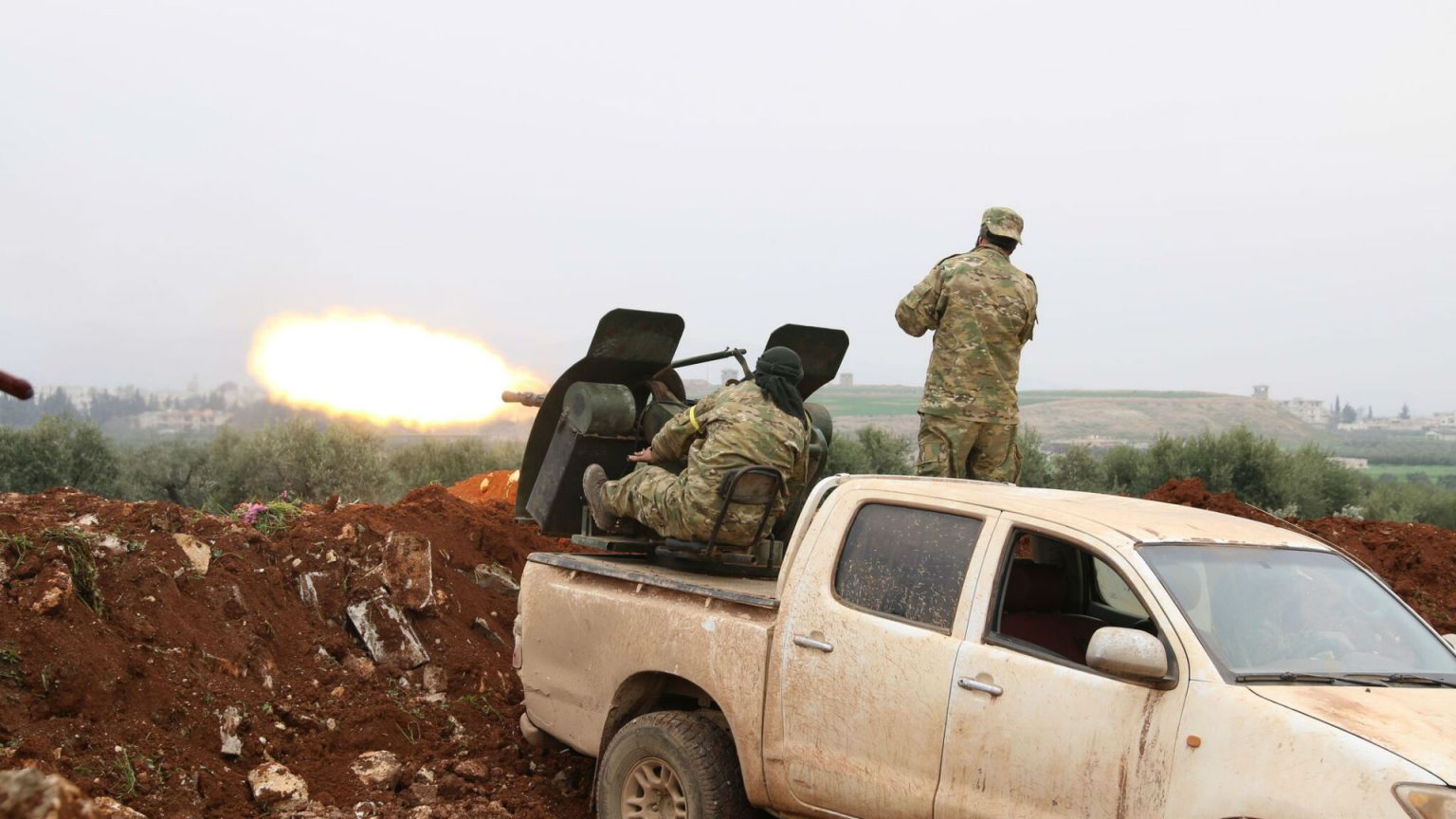 On June 18, the al-Shamiya Front launched a large-scale attack on key positions of the Ahrar al-Sham Movement in the Turkish-occupied part of northern Syria.

Both al-Shamiya Front and Ahrar al-Sham are both members of the Turkish-backed Syrian National Army (SNA). The coalition, which was established in 2017, is no more than a public relations stunt with no real organization or central command.

According to Syrian pro-opposition sources, including the Syrian Observatory for Human Right, al-Shamiya Front militants stormed the villages of Tall Battal and Abla in the northern Aleppo countryside, where Ahrar al-Sham maintains key positions.

Al-Shamiya Front militants managed to captured some positions in the two villages. However, clashes are still taking place there.

In response to the surprise attack, Ahrar al-Sham militants attacked positions of the al-Shamiya Front near the town of Jarabulus that is located right on the border line with Turkey.

Now, the al-Shamiya Front is preparing for a new push. The faction is amassing hundreds of militants and heavy weapons, including battle tanks, in the outskirts of Tall Battal and Abla. Ahrar al-Sham has also brought in fresh reinforcements.

The conflict between the two factions began a few months ago. A struggle over territory ended up with the al-Shamiya Front accusing the so-called Eastern Sector of Ahrar al-Sham of acting as a front for al-Qaeda-affiliated Hay’at Tahrir al-Sham (HTS), the de-facto ruler of the northwestern Syrian region of Greater Idlib. The leaders of al-Shamiya and other SNA factions warned that HTS is trying to expand into Turkish-occupied areas in the northern Aleppo countryside by using Ahrar al-Sham as a proxy.

Ahrar al-Sham fought HTS in Greater Idlib in the past. However, around two years ago, HTS built much influence within Ahrar al-Sham mainly thanks to a sympathetic leader from the movement known as Hassan Soufan.

The battel between al-Shamiya Front and Ahrar al-Sham could go on for several days, or even more if Turkey refuses to intervene. Several militants from both factions have been already killed or wounded in the battle.

It’s worth noting that the battle comes amid preparations by the Turkish military and SNA factions to launch a new operation against Kurdish forces in the northern Aleppo countryside.