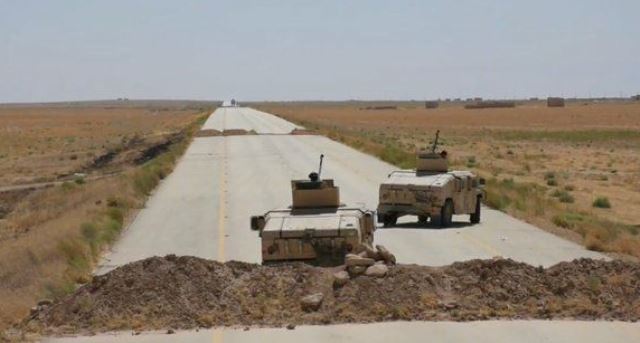 Three members of ISIS, including a senior commander, have reportedly escaped from the central prison of Raqqa in northeastern Syria, which is run by the US-backed Syrian Democratic Forces (SDF).

The escape took place in the early hours of June 19. Gun shots were heard near the prison, which is located in the northern outskirts of Raqqa city.

In an attempt to recapture the escapees, the SDF deployed large forces around the central prison as well as in nearby neighborhoods. Some sources reported that at least some of the escapees were recaptured. However, this is yet to be confirmed.

The incident adds to the doubts about the SDF’s ability to keep thousands of ISIS detainees in northeastern Syria under custody.

Last January, ISIS cells launched a large attack on a prison run by the SDF near the northeastern city of al-Hasakah. Hundreds of terrorists escaped from the prison as a result of the attack. Many of them are still missing to this day. The attack claimed the lives of more than 300 people and wounded many others.

ISIS cells in northeastern Syria escalated their operations late on in May following reports of a near Turkish operation against the SDF. The terrorists carried out at least six attacks on the SDF since the first reports about the operation emerged.

The SDF has already warned that any Turkish operation in the northern northeastern region will jeopardize its efforts against ISIS.