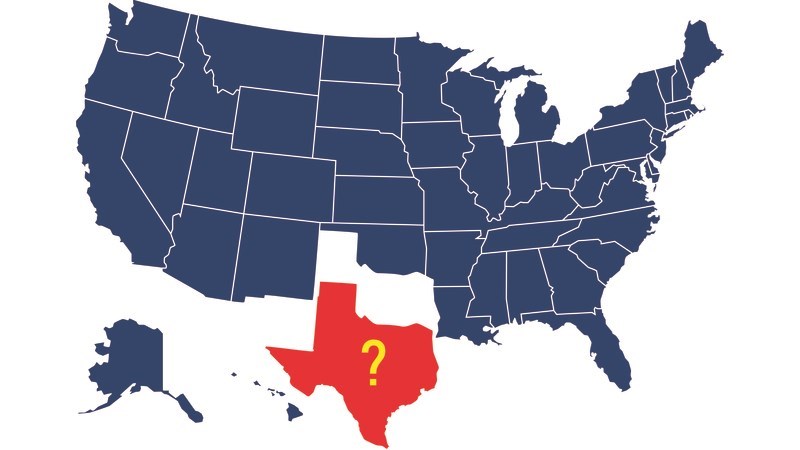 Texas could vote to secede from US in 2023

Texas Republicans are advocating for a vote in 2023 on whether the state should split from the United States and become an independent nation.

Texas Republicans are advocating for a vote on whether the state should split from the United States. The call for Texans to be able to vote on the subject in 2023 was one of several initiatives accepted in the Texas Republican Party’s platform following last week’s state conference in Houston.

Under a section titled “State Sovereignty”, the platform states, “Pursuant to Article 1, Section 1, of the Texas Constitution, the federal government has impaired our right of local self-government. Therefore, federally mandated legislation that infringes upon the 10th Amendment rights of Texas should be ignored, opposed, refused, and nullified.”

“Texas retains the right to secede from the United States, and the Texas Legislature should be called upon to pass a referendum consistent thereto.”

The platform declares that Texas Republicans want the state Legislature to adopt a measure in the next session “requiring a referendum in the 2023 general election for the people of Texas to determine whether or not the State of Texas should reassert its status as an independent nation.”

The US Constitution includes no provision for states to secede, and the Supreme Court concluded in Texas v. White in 1869 that states cannot separate from the Union unilaterally.

“If there was any constitutional issue resolved by the Civil War, it is that there is no right to secede,” the late Justice Antonin Scalia once wrote.

Nonetheless, modern secessionist efforts have remained in the state for decades—and, according to the Tribune, cries to separate get stronger when a Democrat is president.

It’s unclear how popular the initiative is among Texans, but the Texas Nationalist Movement’s website claims nearly 500,000 Texans support its efforts to “make Texas an independent nation again.”

A previous attempt was defeated, so what changed now?

Once an independent state

The Texas Tribune revealed that the notion that Texas can separate from the United States persists due to the state’s history of independence. Texas claimed independence from Mexico in 1836 and remained independent for nine years before becoming a US state. Texas then seceded from the Union in 1861 before being readmitted after the Civil War ended in 1870.

The efforts of the movement have been encouraged by Texas Republicans. Last year, state Representative Kyle Biedermann filed legislation calling for a “Texit” vote, which was supported by Texas GOP chairman Allen West. However, the bill ultimately failed.

Legislators on both sides of the aisle condemned the bill, with Republican state Representative Jeff Leach calling it a “disgrace to the Lone Star State” and the “very definition of seditious.”

In addition to a referendum, delegates also voted on more than 270 platform planks as the convention closed on Saturday. The votes will be tallied and certified in Austin, but it is rare for a plank to be rejected, party spokesperson James Wesolek told The Tribune. He has been contacted for additional comment.

Other planks also indicated a further shift to the right for the party, giving prominence to cultural issues. The platform describes homosexuality as “an abnormal lifestyle choice,” and also declares that the party opposes “all efforts to validate transgender identity.”

The manifesto also advocates for a complete ban on abortion and “equal protection for the unborn.” Abortion is already illegal in Texas after six weeks of pregnancy, but an impending decision by the United States Supreme Court could overturn the Roe v. Wade decision, which upheld “abortion rights” nationwide and triggered a statute in Texas making abortion illegal.

The new Texas GOP platform also states that the education system should focus on “imparting essential academic knowledge, understanding why Texas and America are exceptional and have positively contributed to our world, and while doing so, also offer enrichment subjects that bless students’ lives.”

It instructs students to know more about the “Humanity of the Preborn Child,” including the fact that life begins at fertilization. It also requests that the state government establish legislation forbidding the teaching of “sex education, sexual health, or sexual choice or identity in any public school, regardless of grade.”