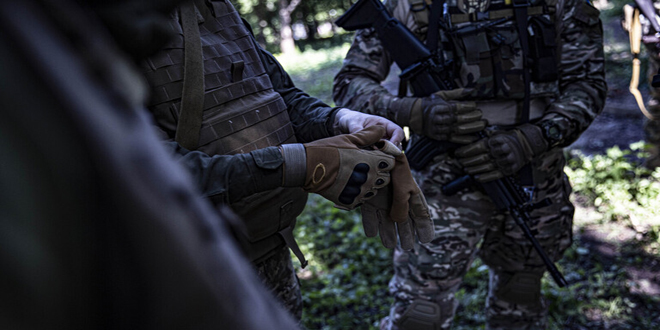 Russian media reported that an American mercenary fighting in Ukraine has affirmed that personnel of the British Air Service (SAS) special forces are participating in the battles by the side of the Kyiv regime.

RT said that a journalist named Seth Harp had contacted the American mercenary via Twitter and quoted him as saying, “There is mismanagement and coordination by the Ukrainian forces.”

The mercenary added: “They are constantly shooting at each other, and a British special forces sniper was killed when he was moving in his position…A Ukrainian troop carrier killed him as its crew were not warned that he belongs to friendly forces.”