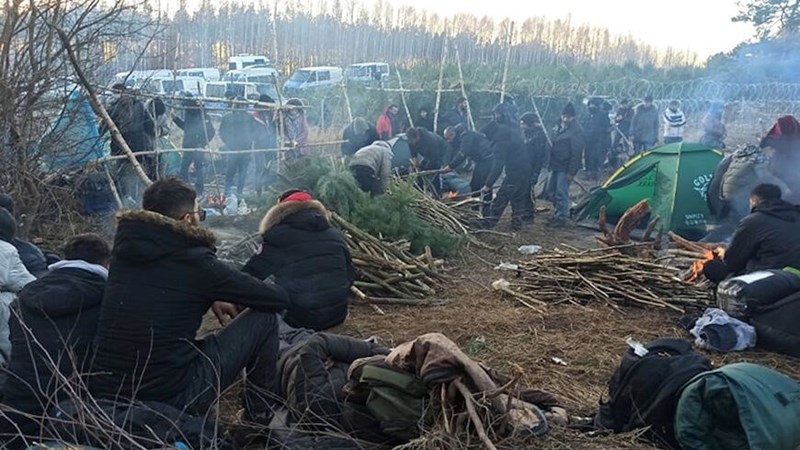 Belarus says it informed an Iraqi delegation of the details of an investigation concluded about mass executions and secret burial of Iraqi refugees killed by the Polish army.

The Investigative Committee of Belarus said that an Iraqi delegation visiting Minsk was handed over evidence and information about the mass and secret executions of Iraqi refugees by Polish soldiers on the Polish side of the border with Belarus.

According to a statement published on the website of the Committee, a meeting was held with the Iraqi delegation in the Committee’s central office.

During the meeting, the Iraqi side was informed of the details of the investigation concluded about mass executions and secret burial of refugees killed by the Polish army.

The Iraqi side also received information on the progress and results of the investigation into the crimes against humanity, propaganda for war, and willful endangerment of others, as well as details related to violations committed by officials in Poland such as illegal acts including deportation, cruelty, torture and deliberate failure to provide assistance that led to the death of refugees from West Asian countries, including Iraq and Afghanistan.

The statement mentioned that these crimes had been assertedly committed on the basis of race, nationality, nationality, and religion.

According to the statement, “Belarusian investigators documented criminal actions committed against 135 Iraqi citizens, who were physically injured as violence was used against them by Polish security forces.”

The Investigative Committee of Belarus is also investigating three cases related to bodily harm and illegal expulsion from the EU to Belarus, which led to the death of Iraqi citizens.

It is noteworthy that in February 2023, the International Criminal Court in The Hague will look into the statement of Belarusian human rights activists on the genocide of migrants in Poland.

On January 25, Poland’s border guards announced the start of construction of a 186-kilometer (115-mile) fence at the border with Belarus after thousands of migrants from West Asia streamed to the border in an attempt to cross into the European Union.