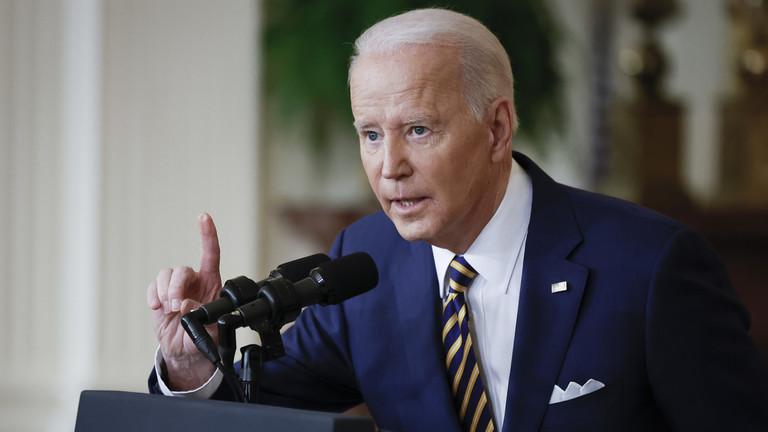 The US needs more money to plan for “the second pandemic,” President Joe Biden said during a press briefing on Tuesday, as he praised his government’s efforts to ensure children under five can get Covid-19 vaccines.

Biden also hailed as “a very historic milestone” that the US has become the first country in the world to offer “safe and effective Covid-19 vaccines for children as young as six months old.”

When asked about how long the administration could keep up the new vaccine campaign, Biden suggested that the current budget would be enough to “get through at least this year” but stressed that “we do need more money.”

He went on to insist that he needed even more money for an unspecified “second pandemic.” “We need more money to plan for the second pandemic. There’s going to be another pandemic,” the president warned, without going into detail about what this new wave might entail.

Biden also took the opportunity to take a swipe at his predecessor, implying that Donald Trump’s lack of preparation increased the impact of the Covid pandemic. “We have to think ahead. That’s not something the last outfit did very well and that’s something we’ve been doing fairly well. That’s why we need the money,” surmised Biden.

Some health experts and agencies such as the World Health Organization have also warned of the likelihood of future pandemics. The WHO had previously announced that it plans to confirm a global pandemic treaty at the 2024 World Health Assembly, which it hopes will help “set out the objectives and fundamental principles in order to structure the necessary collective action to fight pandemics.”

The agreement, which heavily focuses on increased surveillance, vaccinations and “restoring trust in the international health system,” would legally bind its members under international law, superseding regulations of individual countries in an effort to get all nations to act as one in the face of a future outbreak.