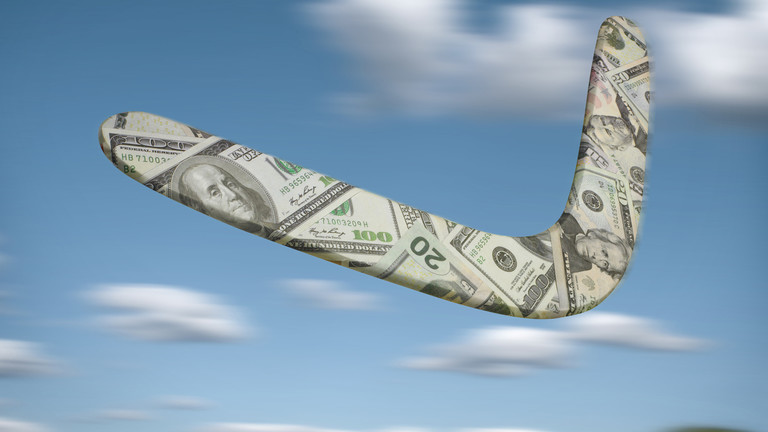 They are pushing countries away from American investments, according to Ray Dalio

Washington’s sanctions against Moscow are forcing other countries to cut their investments in the US for fear of becoming the next target, billionaire hedge fund manager Ray Dalio has said in an interview with German newspaper Der Spiegel.

When asked about anti-Russia sanctions, the founder of the world’s largest hedge fund Bridgewater Associates said the measures are failing, but there are no other options available to Washington.

“Sanctions are the only weapon the US can use. So far, the decline in Russia’s gross domestic product has been around 15%. This is bearable for the population. Putin will only have trouble staying in power if the economy collapses more, say by up to 40%,” Dalio said.

He argued that while failing to achieve their direct goal of limiting Russia’s ability to fight in Ukraine, sanctions are also harming the US.

“I can already tell you with certainty that the West is also suffering from the sanctions. Other countries are increasingly shedding US government bonds because they fear that they could end up like Russia. This is shifting the balance of power around the world,” the investor argued.

Dalio expects the Russia-Ukraine conflict to bring dramatic changes for the entire world.

“The whole thing is reminiscent of the years 1938 and 1939, when the world was on the verge of World War II: two world powers are facing each other and are supported by different allies. How India behaves will be decisive. The country could stand by Russia’s economy if the West boycotts Moscow. In any case, the times of a globalized world with minimal trade barriers and free flow of capital are over,” he said.