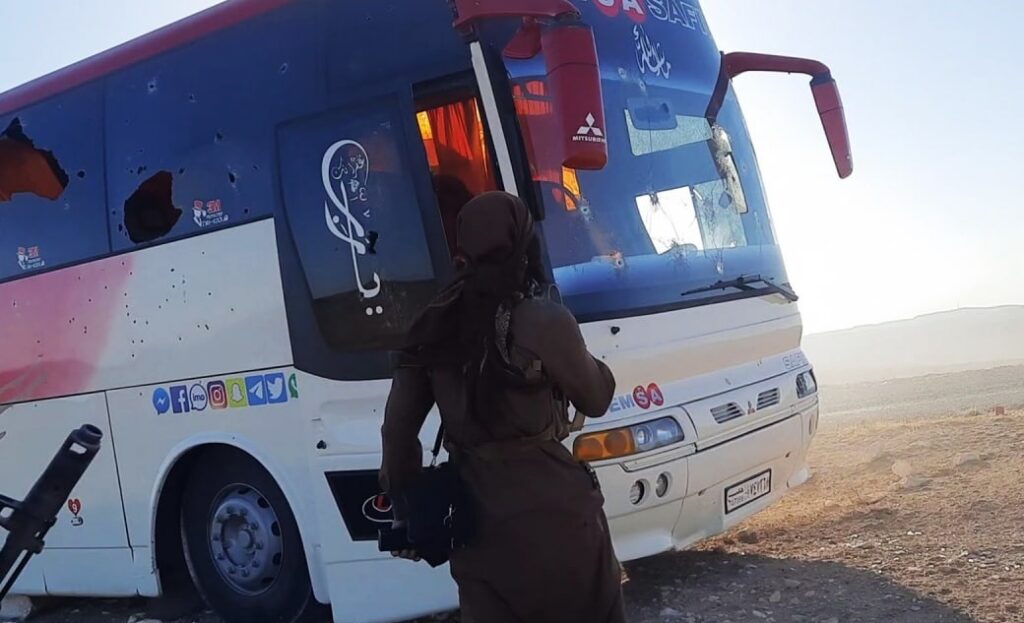 The ambush targeted a bus near the area of al-Jerah on the Raqqa-Homs highway. Two of the people killed during the ambush were civilians, while the rest were all service members of the Syrian Arab Army (SAA).

Amaq’s horrific photos shows ISIS terrorists boarding the bus then executing the passengers. Before fleeing back to their hideouts, the terrorists set the bus on fire. The SAA and its allies are yet to respond to the ambush.

The deadly ambush came following a large-scale operation by the SAA and its allies against ISIS in central Syria. Some of the terrorist group’s cells have apparently survived the operation by lying low in remote parts of the region.

This was not the first such attack by ISIS cells in central Syria this year. On March 6, at least 13 service members of the SAA were killed and 18 others were wounded when ISIS terrorists ambushed a military bus in the eastern countryside of Homs. On June 2, three Syrian civilians were killed and 21 others were wounded when a bus that was carrying them was ambushed in the western Deir Ezzor countryside.

The SAA and its allies have been working nonstop to secure key roads in central Syria. However, some roads are still not safe as proven by the last ambush. More should be done to contain ISIS threat in the region, which will not likely go away any time soon.