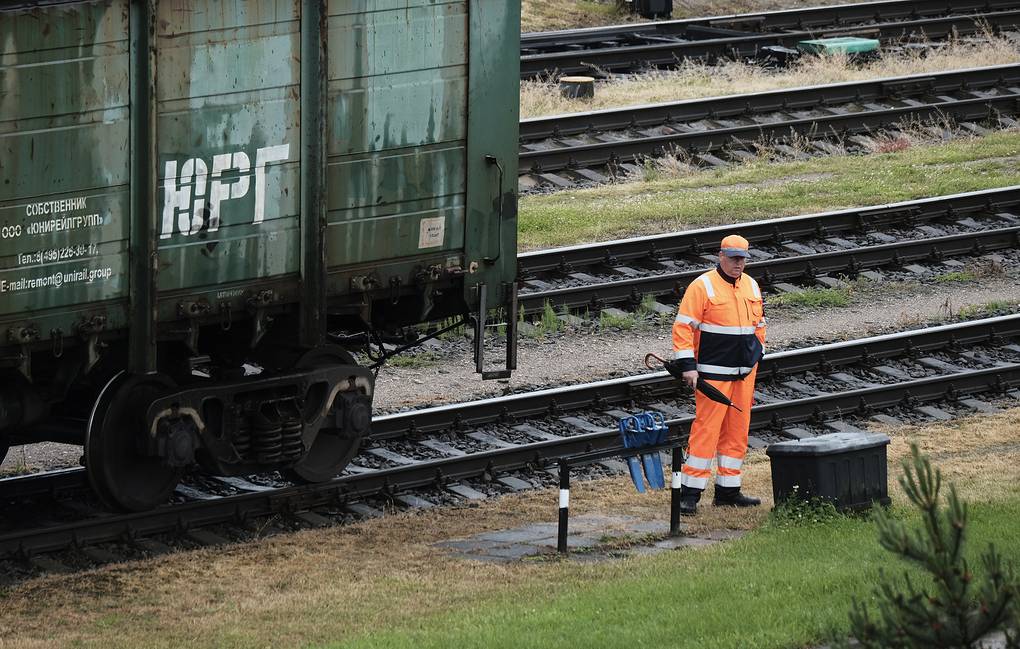 epa10026155 A carriage of a freight train is seen at the border railway station Kybartai, between Kaliningrad and Lithuania in Kybartai, Lithuania, 21 June 2022. Lithuanian authorities on 18 June have banned the transit of goods, which are sanctioned by the European Union, on trains across its territory, which includes the only rail route between mainland Russia and the Kaliningrad exclave on the Baltic Sea. Goods banned under EU sanctions introduced following Russia?s invasion of Ukraine include coal, metals, construction materials and advanced technology. EPA-EFE/VALDA KALNINA

It was noted that in this situation, Kaliningrad will organize a sea corridor and offer tit-for-tat measures

“Honestly, I was hoping they would say: ‘We made a mistake, let’s clarify.’ But no. In any case, the rhetoric that’s seen in the media suggests that this is a deliberate policy. ‘Sanctions are sanctions’ – that’s what it is,” he said in an interview.

The governor said in this situation, Kaliningrad will organize a sea corridor and offer tit-for-tat measures.

“I believe that this should be met with a response. Our country has not yet taken any retaliatory steps that are quite serious, in my opinion. But that’s down the road,” he said.