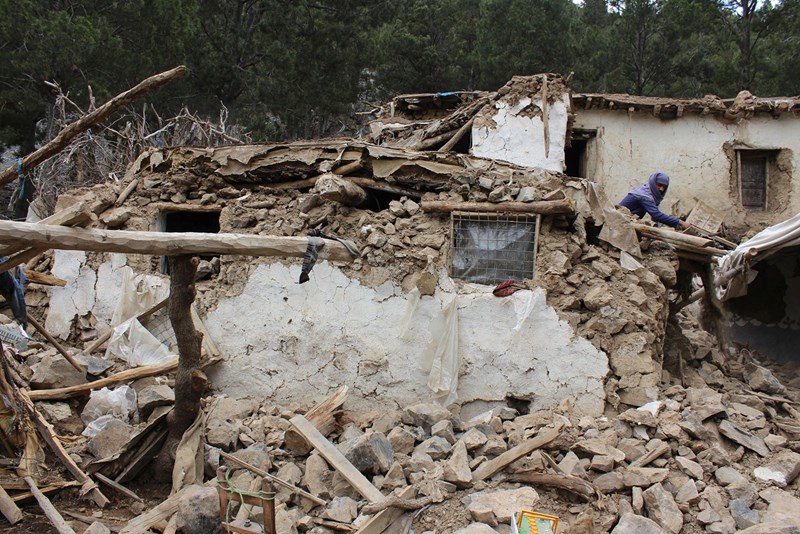 A Taliban official said that the death toll of the 6.1-magnitude earthquake that struck Afghanistan’s Paktika and Khost provinces has reached 1,500.

According to the Taliban official, the earthquake left more than 2,000 people injured.

In the same context, the Taliban movement has appealed for international support, as rescue efforts are being hindered by heavy rain and a lack of resources.

The earthquake struck areas that were already suffering the effects of heavy rain, causing rockfalls and mudslides that hampered rescue efforts.

Abdul Qahar Balkhi, a senior Taliban official, said that Afghanistan is in the midst of a humanitarian and economic crisis, indicating that the government was “financially unable to assist the people to the extent that is needed.”

The official acknowledged that aid agencies, neighboring countries, and some world powers were providing help, but stressed that “The assistance needs to be scaled up to a very large extent because this is a devastating earthquake which hasn’t been experienced in decades.”

On his part, United Nations Secretary-General Antonio Guterres said that the global agency has “fully mobilized” to help, deploying health teams and supplies of medicine, food, trauma kits, and emergency shelter to the quake zone.

“People are still trapped under the rubble”

“People are digging grave after grave,” expressed Mohammad Amin Huzaifa, head of the Information and Culture Department in hard-hit Paktika, adding that at least 1,000 people had died in that province alone.

“People are still trapped under the rubble,” he told journalists.

“Our country is poor and lacks resources,” he told AFP. “This is a humanitarian crisis. It is like a tsunami.”

Anas Haqqani, a senior Taliban official, tweeted that “The government is working within its capabilities,” hoping that the “International Community and aid agencies will also help our people in this dire situation.”

Afghanistan is frequently hit by earthquakes, especially in the Hindu Kush mountain range, which lies near the junction of the Eurasian and Indian tectonic plates.

Scores of people were killed in January when two quakes struck the western province of Badghis.

In 2015, more than 380 people were killed in Pakistan and Afghanistan when a 7.5-magnitude earthquake ripped across the two countries.

Afghanistan’s deadliest recent earthquake killed 5,000 in May 1998, in the northeastern provinces of Takhar and Badakhshan.

The quake struck in the early hours of Wednesday at a depth of 10 kilometers (six miles), according to the United States Geological Survey.

It was felt as far away as Lahore in Pakistan, 480 kilometers from the epicenter.