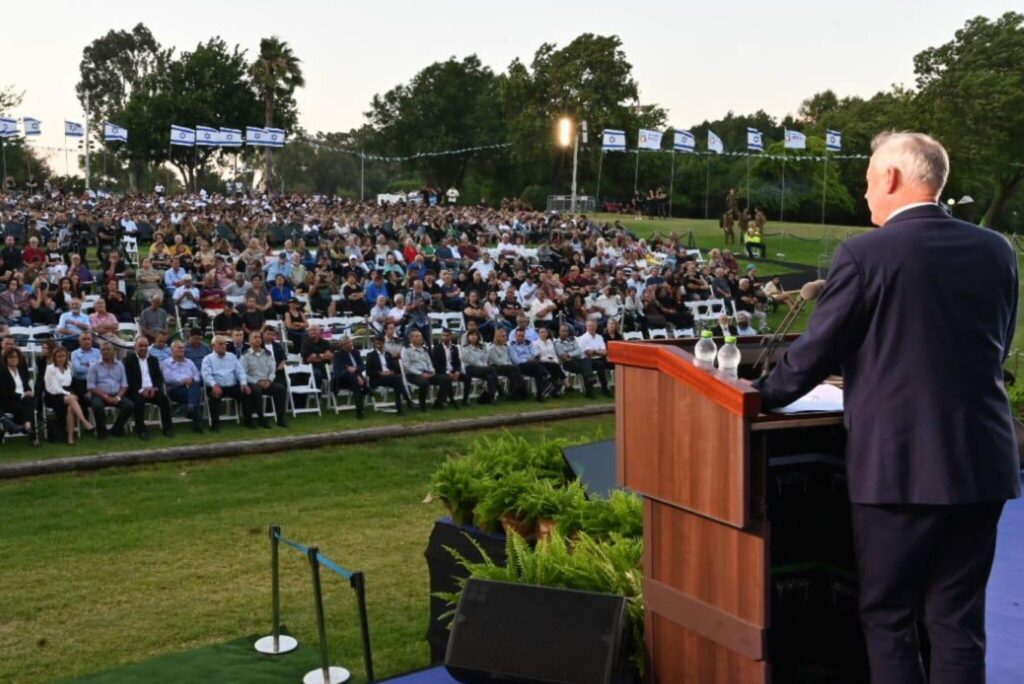 On June 22, Israeli Defense Minister Benny Gantz warned Lebanon that if needed, the Israeli army “will march once again to Beirut, Sidon and Tyre”.

Gantz made the warning while speaking at a rally in Kiryat Shmona to mark the 40th anniversary of the 1982 invasion of Lebanon. Gantz said that should Israel need to carry out a military operation in Lebanon, it will be “powerful and accurate.”

“It will levy a heavy price for the Iranian Hezbollah and Lebanese shipments. In the face of a threat to the citizens of Israel, no infrastructure used to harm us will be immune,” the minister said.

Gantz went on to say that Israel does not want a war with Lebanon and that it is willing to go very far on the path to peace and settlement.

“We are willing to go very far on the path to peace and settlement, such as the maritime border between us and Lebanon, which we must conclude quickly and fairly. For the dying Lebanese economy, it will be a breath of fresh air, and I hope it will also be a significant step in strengthening stability in the region,” he said.

The minister added that Israel’s conflict is “not with the citizens of Lebanon,” noting that Israel has reached out many times to Lebanon’s citizens.

The Lebanese-Israeli dispute over Karish heated up earlier this month when the Greek-owned Energean Power FPSO [Floating Production Storage Offloading] reached the field to extract gas. Lebanon claims that at least a part of Karish is within its exclusive economic zone.

US-backed talks on the demarcation of the naval borders between Lebanon and Israel are now moving on. According to recent reports in the Israeli media, Lebanon has agreed to drop claims on Karish likely in exchange for Israeli concessions on other parts of the disputed naval zone.

Gantz was not the first senior Israeli official to threaten Lebanon over the naval dispute. More than a week earlier, Israeli military’s Chief of Staff Lt. Gen. Aviv Kochavi made a series of chilling threats to the country. Israel’s attempt to intimidate the Lebanese people will not likely stop as long as the country is demanding its naval rights.