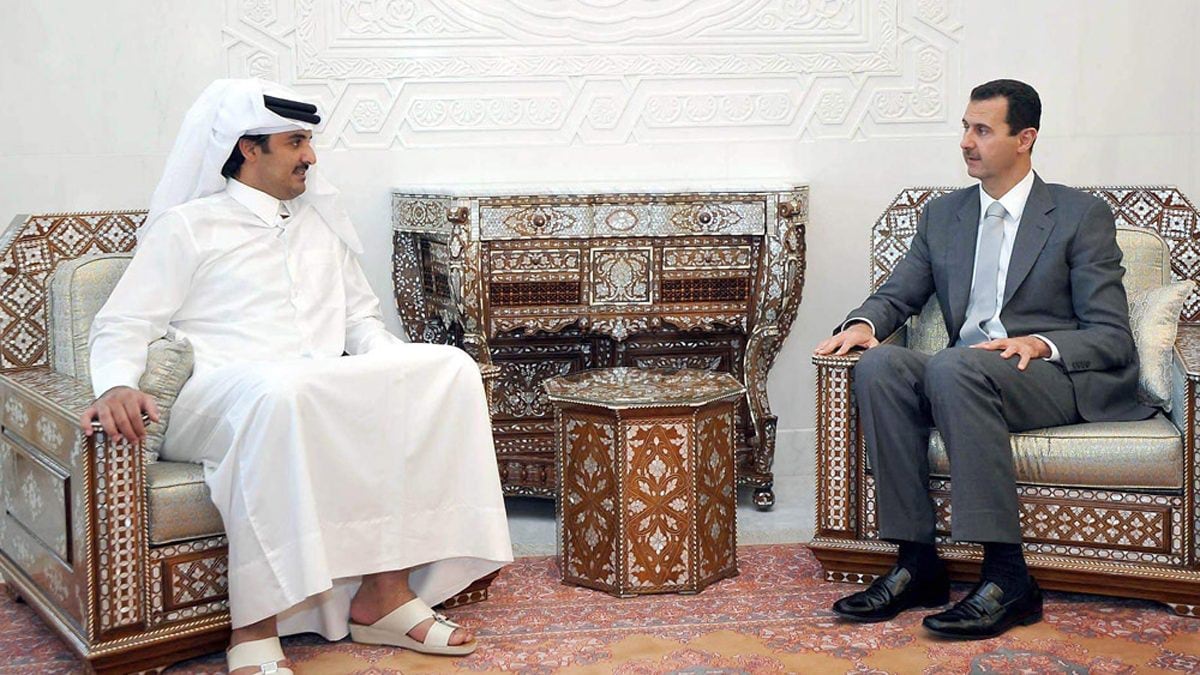 The leader of the group Hamas, Ismail Haniyeh, recently stated that the dispute with Syria is over, and the relationship between Hamas and Damascus is starting a new phase.  He praised Syria for its unwavering support of the Palestinian resistance cause.

Hamas ideology is viewed by many as Muslim Brotherhood ideology, which is similar to the Radical Islamic political ideology followed by Al Qaeda and ISIS. Founded in 1987, Hamas opposed the secular approach of the PLO, and in 2001 the political bureau established new headquarters in Damascus, Syria.

One unnamed official said the Hamas and Damascus have held several “high-profile meetings to achieve that goal.”

Haniyeh’s comments would not have been possible without approval from Qatar’s leadership.  Qatar has been one of the main sponsors of Hamas, the Palestinian resistance group based in Gaza, which is considered to be a terrorist organization by Israel and the US but is not classified as such by Brazil, China, Egypt, Iran, Norway, Qatar, Russia, Syria, and Turkey.

Qatar was one of the oil-rich Gulf monarchies which funded the US-backed terrorists fighting in Syria from 2011 to 2017.

In March, Qatar’s Emir Al Thani paid a visit to the White House, and US President Biden designated Qatar a major non-NATO ally, the same distinction that was bestowed on Israel.

Saudi Arabia took a change in direction while President Trump was in office, and moved away from the Obama administration directive of funding the terrorists in Syria for regime change.  In 2017, Saudi Arabia, Egypt, the UAE, and Bahrain cut off ties with Qatar and blocked all air and land traffic to the emirate due to its alliance with the Muslim Brotherhood, while Qatar worked in tandem with Turkey, which is ruled by a Muslim Brotherhood AKP party, and their leader, President Erdogan.

Bahrain’s new ambassador to Syria formally took up his post in Syria on Sunday, the country’s first full diplomatic mission there in more than a decade as Damascus continues to improve its relations with Gulf Arab states. The Embassy of Bahrain was reopened in Damascus in 2018.

Syrian President Assad’s visit to the United Arab Emirates in March was the first such trip to an Arab country since Syria’s conflict erupted in 2011, as most Gulf countries seek warmer ties with Damascus. The Arab re-think of Damascus will head towards bringing Syria in from the cold based on realities on the ground and Arab national interests.

According to Dr. Shehata Al-Arabi, “In March 2021, the UAE and Saudi Arabia demanded restoring Syria to the Arab incubator. The Saudi Foreign Minister, Faisal bin Farhan, expressed Riyadh’s support for Syria’s return to its Arab surroundings, stressing that the solution in Syria “will only be political”. In April 2021, Iraq’s Prime Minister, Mostafa al-Kadhimi, declared in Baghdad, when he received the Arab League secretary general, Ahmad Abu al-Ghait, his country’s support for the return of Syria to the Arab league. In May 2021, the Syrian Minister of Tourism visited the KSA, which was the first visit of a Syrian government official to Riyadh since 2011. In the same month, the kingdom sent its intelligence chief to Damascus for talks with his Syrian counterpart.”

Al-Arabi added, “In September 2021, the Egyptian Foreign Minister, Sameh Shukri, met his Syrian counterpart, Faisal al-Meqdad, for the first time in more than a decade, during his participation in the UN General Assembly meetings in New York. After the meeting, the Egyptian minister announced his support for Syria’s return “as an active party in the Arab framework”.”

Will Qatar re-open its embassy in Damascus?

Recently, Engineer Moaz Hekmat Shaker, who is in charge of maintenance at the Embassy of Qatar in Damascus, said in a phone interview with Q Street Journal Syrian news agency, that he was asked to clean up the embassy, care for the garden and make all necessary repairs.

Qatar had been opposed to Syria’s return to the Arab League; however, a change in Turkey is taking place, Qatar’s former staunch ally, and with Turkey drawing closer to Saudi Arabia, Qatar may find it beneficial to repair ties with Syria.

Saudi Crown Prince Mohammed bin Salman arrived in Turkey for the first time in years on June 22 for talks with President Erdogan, while Erdogan has also been getting closer to Israel and Egypt.

Turkey has hosted the National Coalition of Syrian Revolution and Opposition Forces, which was designated as the legitimate representative of the Syrian people and headquartered in Istanbul. However, the US has lost interest in the Obama-era regime change they sought in Syria and has generally abandoned all interest in finding a solution to the lingering Syrian conflict.

In 2017, President Trump cut the funding on the CIA program to support terrorists fighting in Syria, which effectively dropped US support of Erdogan’s role in supplying the Radical Islamic terrorists with weapons and cash from the CIA office in southern Turkey. Since then, the relationship between the US and Turkey has been steadily sliding downhill.

Syria returns to the Arab League

James Jeffrey, a former US envoy to Syria, told the Kurdish officials in the northeast of Syria, partners with the US, that it was in their interest to repair their relationship with Damascus, as it would be the Syrian Arab Army who could defend them against Turkish invasion and attacks.

Turkey and Syria may see a repairing of their former excellent relationship which would serve the purpose of preventing terrorist attacks on Turkey while promoting the departure of Turkish occupation forces from Syria.  Syria would possibly safeguard its northern border from all types of terrorist occupation, including those aligned with the PKK.

The Arab Summit in Algeria, in November, might see the decision taken to restore Damascus to the Arab League.