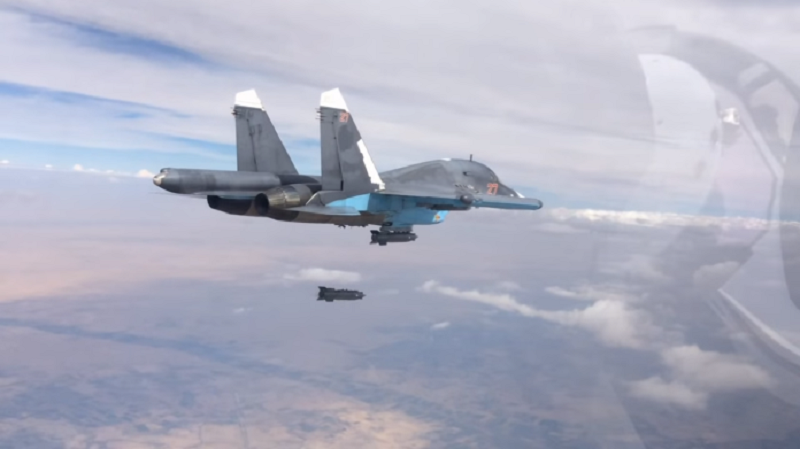 On June 25, the Russian Ministry of Defense released footage showing the elimination of an ISIS cell responsible for the recent deadly ambush in central Syria.

In a statement, the MoD said that the terrorist cell was one of many trained by the US at al-Tanf garrison in Syria’s southeastern region.

“The terrorist cells, that have been trained in al-Tanf area by Daesh [ISIS] terrorist organization, and whom the US considers as one of the tools of achieving its foreign policy priorities in Syria, are attacking the civilians and the Syrian civil facilities, including oil facilities,” the statement said.

The MoD added that the cells’ ambush, which took place near the administrative border between Raqqa and Deir Ezzor, claimed the lives of 14 people and wounded five others. The Syria Arab Army (SAA) launched a combing operation in the region in response to the ambush.

Russian drones were able to locate the cell in the southern Raqqa countryside. Immediately, the terrorists and their vehicles were targeted by Russian warplanes and the SAA.

The Russian MoD concluded its statement with a warning to terrorists in Syria, especially those taking shelter in US-occupied areas.

“Every terrorist, wherever he hides, must know and remember that punishment is coming,” the ministry said.

In mid-June, a series of Russian airstrikes hit positions of US proxies near al-Tanf garrison. Back then, it was reported that the airstrikes were a response to an attack with a roadside bomb that resulted in Russian military casualties.

Syria and Russia has warned on several occasions that the US is training terrorists at al-Tanf. US proxies in the area were also accused of providing logistic support to ISIS cells in central Syria. Despite these warnings, terrorists are still active in US-occupied areas.