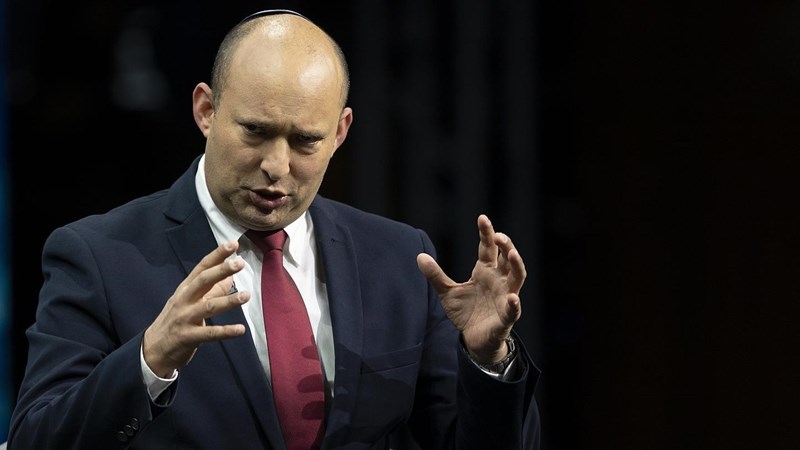 Ahead of the expected dissolution of the Israeli Knesset, Netanyahu says he does not intend to compete in the coming elections, ending his one-year role as “Israel’s” Prime Minister.

Israeli occupation Prime Minister Naftali Bennett will not stand at the upcoming general election, his spokesperson announced Wednesday evening, just hours ahead of the expected dissolution of the parliament.

Bennett announced to lawmakers from his Yamina party “his intention not to stand at the next elections,” his spokesperson told the media, as Israeli Knesset members prepared to vote to dissolve “Israel’s” current legislature, paving the way for national elections later this year.

Bennett’s office said he would still stay on as an alternate prime minister in the coming months, as per an earlier power-sharing agreement with Israeli occupation Foreign Minister Yair Lapid.

In a live broadcast, the Israeli Prime Minister expressed that “I don’t intend to compete in the coming elections,” adding that “I today end over a year as prime minister.”

Bennett’s eight-party alliance is due to end by midnight, installing Lapid as caretaker prime minister, in the absence of a new government.

The move would trigger the fifth election in less than four years and could see ex-premier Benjamin Netanyahu reclaim power.

Netanyahu has pledged that his alliance of right-wingers, ultra-nationalists, and ultra-Orthodox Jewish parties will win the upcoming vote, but polls show that he may also struggle to rally a parliamentary majority.

As he and Bennett announced last week their plans to end their coalition, Lapid sought to cast Netanyahu’s potential return to office as a threat.

“What we need to do today is go back to the concept of Israeli unity. Not to let dark forces tear us apart from within,” Lapid said.

In the same context, CNBC correspondent Natasha Turak said that the upcoming election’s outcome “will determine future relations with Palestinians and Arab states, the Biden administration, dealing with record-high inflation,” as well as the Israeli occupation’s so-called security.

It is noteworthy that in order to lead the Israeli government, a party has to win a majority of 61 seats in the Knesset. If this was not achieved, the party with the most seats has to negotiate alliances with other parties to form a coalition.