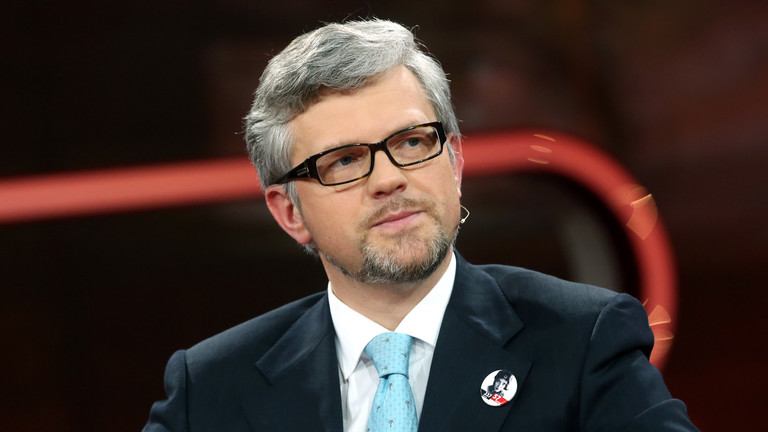 Kiev’s ambassador to Berlin has insulted a group of German intellectuals, who penned an open letter advocating the end of arms deliveries to Ukraine. The signatories called on the West to make Volodymyr Zelensky’s regime negotiate peace.

Commenting on their appeal, Andrey Melnik tweeted “Not again” on Thursday, adding in English: “What a bunch of pseudo-intellectual loosers (sic).”

Referring to some of the signatories by their last names, Melnik suggested they “should go to hell with [their] defeatist advice.”

The open letter, which infuriated the Ukrainian diplomat, was published in Germany’s Die Zeit newspaper on Wednesday, titled “Ceasefire now!” In it, a group of 21 German academics, philosophers, journalists, artists and ex-diplomats urged the “West to end the Ukraine war through negotiations.”

According to the signatories, it is the EU’s duty to “restore and secure peace on the continent.” To this end, countries should come up with a strategy, which would bring the hostilities to an end as soon as possible, the appeal suggests.

“Ukraine has so far been able to defend itself against the brutal Russian aggressive war thanks to, among other things, massive sanctions and military support,” they argued.

However, the longer these measures last, the less clear their end game is, they added. In these intellectuals’ eyes, it is highly unlikely that Ukraine will be able to regain control of “all occupied areas including Donetsk and Lugansk regions and Crimea,” as Russia is “militarily superior and has the ability to mount further military escalation.”

In light of these considerations, the letter urges Western nations supporting Ukraine militarily to ask themselves “what goal they are pursuing and whether (and for how long) weapons deliveries are still the right way.”

The signatories go on to warn that the continuation of the armed conflict would mean thousands more deaths, as well as “massive humanitarian, economic and ecological emergencies all around the world.” The letter refers to food shortages in Africa and rising prices further afield as further proof of this point.

The West, the authors argue, must be united in its opposition to “Russia’s aggression in Ukraine and further revanchist aspirations.” However, the “continuation of the war in Ukraine is not the solution,” the German intellectuals say.

This is not the first time German public figures have penned a public letter calling for the end of Western weapons deliveries to Kiev.