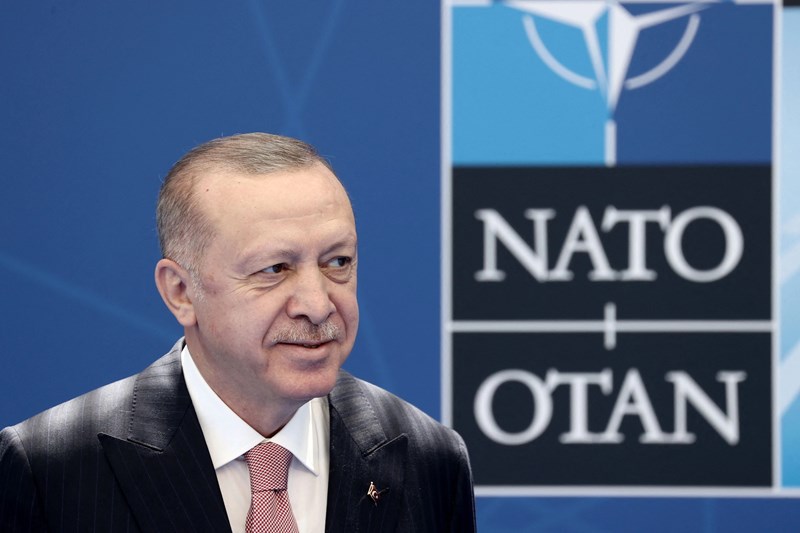 Erdogan says he will discuss establishing a “grain corridor” with Putin and Zelensky.

Turkish President Recep Tayyip Erdogan said on Thursday that his country has received guarantees from Sweden that it will extradite 73 members of the PKK party, which Ankara has branded as terrorist.

“Sweden gave the word on the extradition of terrorists, there are about 73 of them. We were given guarantees,” Erdogan said after the NATO summit in Madrid.

The Turkish President hailed the move as a “diplomatic victory”, as Ankara’s conditions were met for talks on Finland and Sweden’s accession to NATO.

The unidentified suspects, who are due to be extradited, were identified as members of the outlawed Kurdistan Workers’ Party (PKK) by Turkey and a group led by a preacher whom Erdogan blames for a failed coup attempt in 2016.

The agreement also states that Sweden and Finland will “not provide support” to the PKK.

In response to Russia’s military operation in Ukraine, Sweden and Finland abandoned decades of military non-alignment and were formally invited into the alliance at Wednesday’s summit in Madrid.

He further added that NATO accession is a long process and that Turkey will “monitor the implementation of the guarantees, assurances and obligations given to us. In case of non-compliance, we will not send the [proposal for ratification] to the parliament.”

Regarding the global grain crisis, Erdogan said he was planning to discuss the establishment of a “grain corridor” with the Russian and Ukrainian leaders.

“At the end of the current week or at the beginning of the new week, I plan to hold telephone conversations on the grain corridor with both Putin and Zelenskyy,” Erdogan said at the press conference.