Home Security Protests in Spain and Morocco over migrant deaths 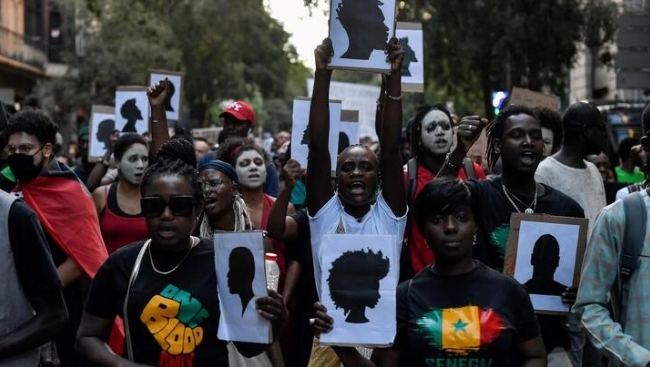 Protests were held in many Spanish towns and in Rabat in response to the deaths of 23 African migrants.

Protests were organized in many Spanish towns and in Rabat late Friday in response to the deaths of 23 African migrants attempting to enter the Spanish enclave of Melilla in northern Morocco.

The United Nations condemned “excessive force” by police on the Moroccan-Spanish border and urged an inquiry into the deaths of the migrants who crossed the border.

Thousands of demonstrators gathered in Barcelona, Malaga, Vigo, and San Sebastian, as well as Melilla, to condemn migration policy and “border militarization”.

A few dozen Moroccans from the Collective of Sub-Saharan Communities in Morocco and aid organizations demonstrated in front of parliament in Rabat, calling on Rabat to “stop playing the role of EU policeman.”

Mamadou Diallo, an activist, told AFP, “We demand an end to the migration policy funded by the European Union, the opening of an independent investigation and the return of the bodies to the families.”

“The Europeans colonised us and took everything from us to develop. Today, if we go to them, it means that we have the right to leave,” he added.

Moroccan prosecutors have filed charges against 65 migrants, predominantly Sudanese, suspected of taking part in a large effort to enter Melilla from Morocco a week ago.

Renzo Rupay, expressed shock at the images he saw of the border, saying, “I too am a migrant, arrived with a child’s travel papers. Not everyone has the possibility of arriving legally in Spain.”

Eva Ruiz, a 24-year-old said, “It’s not normal that so many people die. We’re talking about human lives, people fleeing war and we kill them at the border.”

The deceased perished “in jostling and falling” from the top of the metal gate that separates Morocco from Melilla following an effort to breach the border “marked by the use of very violent methods on the part of migrants,” Rabat claimed.

According to Human Rights Watch, photographs rapidly emerged showing that what the Moroccan authorities dubbed as a “stampede” actually showed “bodies strewn on the ground in pools of blood, Moroccan security forces kicking and beating people, and Spanish Guardia Civil launching teargas at men clinging to fences.”