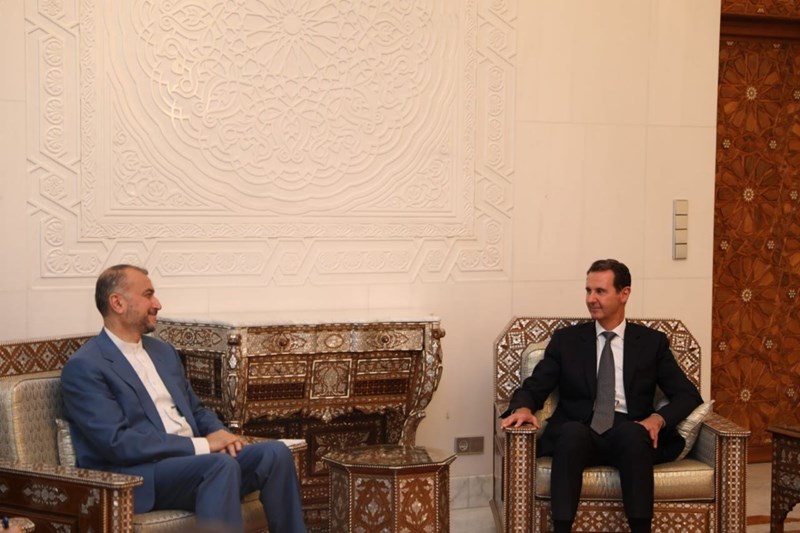 Iran’s Foreign Minister, Hossein Amir-Abdollahian, arrived in the Syrian capital of Damascus at the head of a delegation on Saturday.

The top diplomat met with Syrian President Bashar Al-Assad and was received by his Syrian counterpart Faisal Mekdad upon his arrival at the airport.

Upon arriving in the Syrian capital, Amir-Abdollahian told reporters that the recent visit to Tehran by the Syrian President was a new milestone in relations between the two countries.

As for his visit to Syria, the FM said that its importance lies in the fact that Iran and Syria are currently in a new phase of comprehensive cooperation, especially in the economic and trade fields.

Amir-Abdollahian took the opportunity to condemn attempts by “Israel” to aggress against Syria and violate its territorial integrity, adding that the Israeli occupation is attempting to destabilize Syria, increasing problems for Syrian refugees returning to their homes.

Furthermore, as he just came from Turkey, he highlighted Iran’s understanding of Ankara’s security issues and said Tehran strongly opposes “military attempts” in Syria made under any justification, adding that Iran is working to resolve existing misunderstandings between the two neighboring countries through diplomacy and dialogue.

Iran had previously voiced its refusal of Turkey’s military incursion into Syria and said it considered such military action to be “a violation of the territorial integrity and national sovereignty” of Syria.