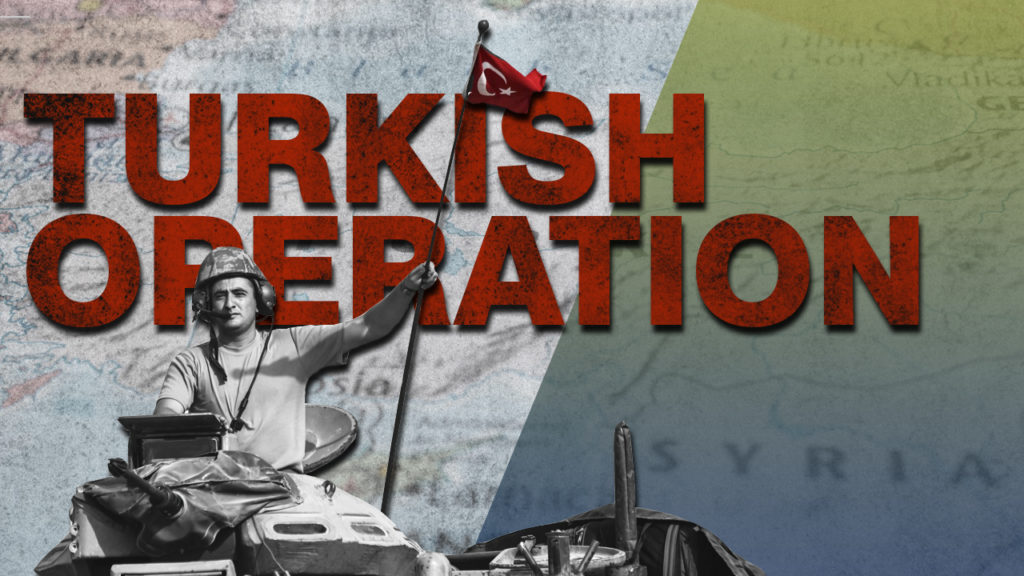 On July 2, the Turkish-backed Syrian National Army (SNA) deployed large reinforcements along the frontline with the town of Tell Rifaat in the northern countryside of Syria’s Aleppo, which is held by the Kurdish-led Syrian Democratic Forces (SDF).

Sources in the SNA told the Anadolu Agency that the reinforcements were brought in from the town of Azaz, which is located a few kilometers to the north of Tel Rifaat. The reinforcements included dozens of truck-mounted heavy machine guns, armored vehicles, multiple rocket launchers and hundreds of militants.

The Anadolu Agency said that the reinforcements were deployed near Tell Rifaat as a part of ongoing drills and preparations by the SNA for a possible new Turkish military operation against the SDF.

The Turkish military and its proxies, who are unified within the SNA, have been preparing for a new operation in northern Syria since May.

Tell Rifaat is one of two towns recently named by President Recep Tayyip Erdogan as the main targets of any new Turkish military operation in Syria, with the other town being Manbij to the east.

On the other side of the frontline in the northern Aleppo countryside, the SDF has been making defensive preparations. The Syrian Arab Army, that is present in both Tell Rifaat and Manbij, has been also preparing for a possible confrontation with the Turkish military and its proxies. Earlier this week, the army deployed reinforcements in the region.

Turkey appears to be determined to go on with its military plans and launch a new operation against the SDF in Syria. Just a day earlier, Erdogan said that there is “no need for hurry,” stressing that Ankara will launch the operation “when the time is right”.